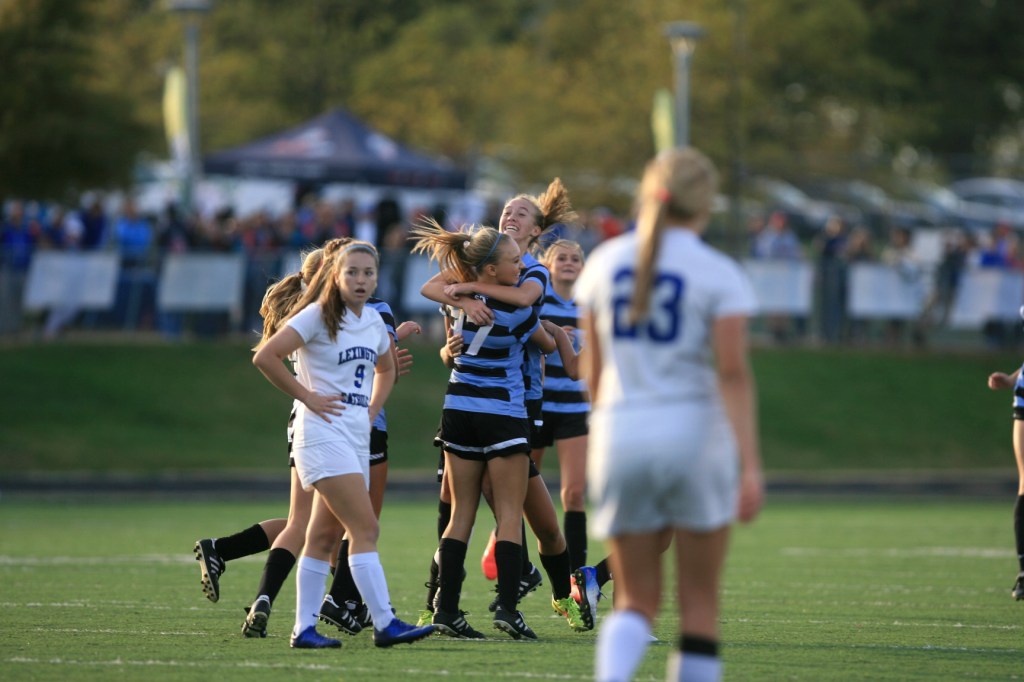 Throughout the first 20 minutes of the 2016 state championship game between West Jessamine and Lexington Catholic on Saturday at Bryan Station, the realization amongst the considerable West fanbase was palpable: West was going to leave that pitch as state champions.

The Lady Colts’ offense glided their way across the pitch with the ease of an ice skater, deftly passing the ball with the finesse of a team that was used to the oppressive defenses of their previous tournament opponents and now were unshackled. West played like a team that had ridden out the storm and had now broken through the turmoil and out into the sunshine.

That sunshine took the form of a Lex Cath team that cruised through the tournament with wins over George Rogers Clark (3-1), Russell (6-0) and Owensboro Catholic (2-1). That Lady Knights team, which witnessed the brewing storm that was West during an 0-3 loss to the Lady Colts in September, encountered the wrath of a pent-up West offense in what became a 4-0 rout in the championship game.

As the announcer counted down the final 10 seconds, the roar from the crowd slowly ascended into a crescendo as the clock ticked down to zero. The girls stood on the pitch, for the first time in program history, as state champions.

“We’ve been pounding the rock for 10 years at West,” Wright said. “And we finally knocked the door down.”

West had become that storm. An offensive hurricane that gradually grew in strength as the game progressed. That storm originated from two places: From a backline led by senior Tara Martin that bent, but never broke, and from a keeper, Anna Rexford, whose dominance in goal was such that she was named the state tournament MVP as just a freshman despite beginning the season ridden with a serious bout of E. coli.

Instead, West came for Lex Cath.

The Lady Colts unleashed their offense with just over 10 minutes remaining in the half. With West controlling the tempo and possession, it was due to break through a Lex Cath backline that scrambled all throughout the afternoon to wrangle the speed and talent of West.

The first blow came off the foot of Maryah Jones.

Alone in the box, Jones was fed by a brilliant pass from Anna Lee. After corralling the ball, Jones snuck it by the Lex Cath keeper, Olivia Williams. West led 1-0.

Then it was Lee’s turn. Just about four minutes later, she rocketed in a goal from 15-yards out that gave the Lady Colts the 2-0 lead before halftime. It was the last goal Lee would score wearing the West jersey, but her night was far from over.

Sensing the Lady Knights’ weakness, West pounced in the second half. Fellow senior, and University of Kentucky women’s soccer verbal commit, Eva Mitchell, inked her name in the stat sheet following her goal midway through the second half that increased West’s lead to 3-0. Lee recorded her second assist on the night on the goal.

Senior to senior. It was fitting way to hammer in the nail that spelled the end of any hope of a comeback from the Lady Knights.

The final blow came off the boot of Morgan Pence. The goal might have been the most exciting on the night as Pence outraced the Lady Knights’ keeper to tap it in to give West the 4-0 lead. The keeper overcommitted, leaving the goal open.

Lee notched her third assist of the night. She finished the night leading West with six shots, three of which were on goal. West outshot Lex Cath 17-7. The Lady Colts had seven shots on goal compared to just three for the Lady Knights.

The final countdown than began. Wright sent his substitutes out with around three minutes left in regulation. He left his seniors in. It was time for them to relish the final minutes of their time, their commitment and their sacrifices as members of the West girls’ soccer team.

“I showed (the seniors) a picture before senior night,” Wright said. “They were all sixth graders, little puppies, and it’s just awesome to look and see the maturity and how much they’ve grown as a soccer player, but also as a person. Gosh, I couldn’t be more proud of them. They deserve it so much.”

As the clock wound down, the swan song for the seniors became a story fit for a fairy tale. A tale capped with the final sentence illustrated by the riding off into the sunset: And there they stood, together one last time, as the 2016 state champions. 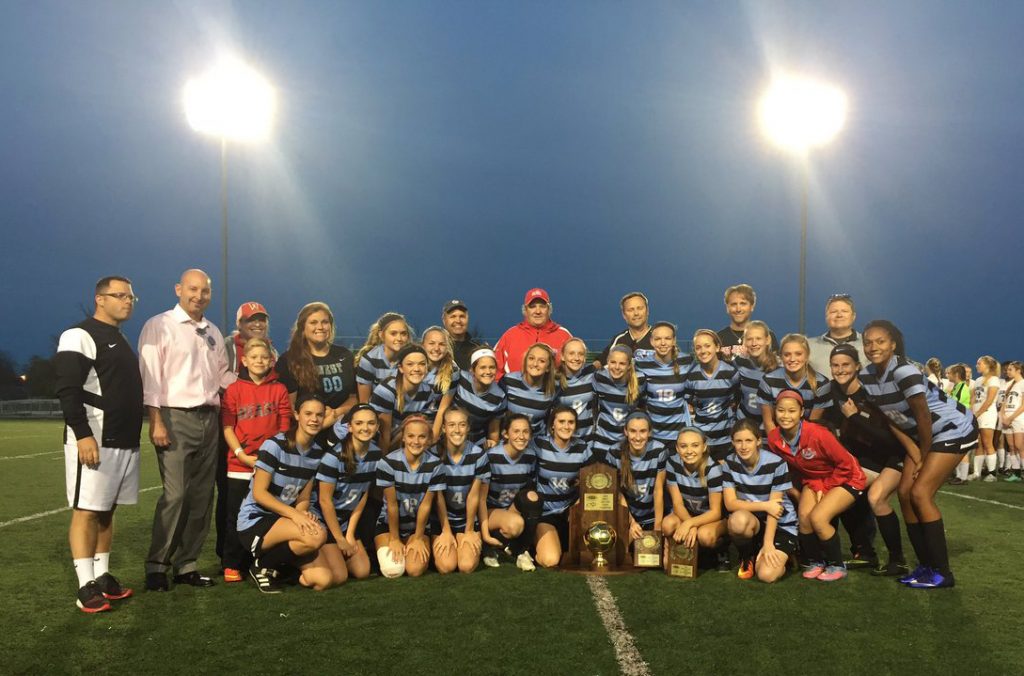