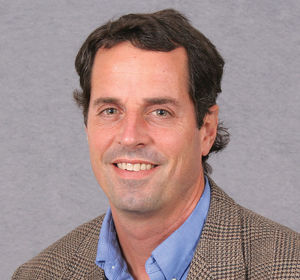 Hey Paul: I have filed my own tax returns the last several years. Usually I pay little or no taxes.  I am a single mother with two children and earn about $25,000. A friend of mine in a similar situation told me she received a tax refund of $4,000 even though she didn’t pay any taxes. Am I missing something?

You can quickly run these numbers yourself using TaxAct’s online (free) calculator, http://bit.ly/2ehldD1. Your tax filing status will be Head of Household. Enter the fact that you have two young children (“dependents”).  Next enter your Wages of $25,000.

You’ll see your tax refund should have been $5,714 in 2015 based on this information. For others in a similar situation one can easily enter different family structures and income levels. Note that the TaxAct calculator is not meant to prepare and file your taxes. It is very accurate for the majority of cases, but you will need to use their full tax service to accurately prepare a tax return.

So, you say, I blew it, hang your head and resolve to do better next year. Oh, no my friend, this is a nation of second chances! You can file an amended return up to three years after the return was due. That means you could potentially fix your 2013, 2014, and 2015 tax returns. If you have not filed at all or have a messy trail of income to recreate, then I strongly encourage you to see a Certified Public Accountant (CPA). This may cost several hundred dollars but the average EITC credit was about $2,400 – well worth having a tax pro straighten things out.

Want a quick check? First, if you have a child and an income of roughly $10,000 to $30,000, you should potentially be receiving thousands to live in America (sorry to bring this up to my economically conservative friends). The EITC range is actually wider than this, but these incomes are where the highest credits reside. If you have your tax return then look at Line 66a (1040) or Line 42a (1040A) or Line 8a (1040EZ). In bold letters is the Earned Income Credit (EIC). If you don’t have a positive number there, you may have missed out.

A “child” for EITC could be many different people in your family tree and of course biological children, stepchildren, or adopted children. Foster children and grandchildren can also count, and so can a brother, half-sister, or step-sibling if  they are younger than you. This could also be your niece or nephew! The “child” must be under 17, or under 24 and in school full-time.  The child must reside in the home at least six months of the year, but there are allowances for time away at college. You can see how people could easily miscount their (EITC) children.

To receive an EITC, you don’t actually have to have a child but you must be between the ages of 25 and 65. The qualifying income and credit size are much lower to childless households.  There are some other qualifying factors such as having to live in the U.S. more than half the year and not having investment income over $3,400. One EITC gotcha, is if you are married you have to file jointly; if you file separately you are ineligible for the EITC unless you lived apart the entire year.

The second general requirement is that you need to have “Earned Income.” This includes wages, business income and even nontaxable combat pay. It doesn’t include investment income, retirement withdrawals, retirement pensions, unemployment benefits, alimony, or child support. The EITC is actually based on two income measures – your Earned Income and your Adjusted Gross Income (AGI) with the lower credit being rewarded. For practical matters this means if you have modest earned income but also had Social Security benefits or withdraws from your IRA then you may have too much total income to qualify for the EITC.

The biggest gotcha with missing the EITC is simply not filing a tax return. There is an old joke of a boy asking a man walking a dog if his dog bites. The man answers, “No.” The boy then bends over to pet the dog and is bitten. The boy exclaims, “I thought your dog did not bite.”  The man answers, “This is not my dog.”

In the 1040 Tax Instructions there is a page that essentially says you do not have to file taxes if your income is less than X. The logical error here, is that doesn’t mean it’s in your best interest to not file taxes, even if your income is very low. At a minimum you’ll get any Federal and State taxes paid refunded. More importantly, you could be missing out on thousands by not claiming the EITC and other eligible tax savings.

There are few feelings worse than the sense that you just missed out on a great opportunity.  Everyone who does their own taxes enters their tax info and answers a bunch of questions. In the end the software spits out a refund of $XYZ. Is it accurate? Is it the maximum refund? Are there one or two things that could have done differently to receive a higher refund?

To answer these questions, I have created a software program, TaxSmack.com. It is currently free, and in beta. It will review your tax return for mistakes and missed opportunities. Please check it out and provide feedback on how well the program worked for you!

Dr. Paul Hamilton, CFP is an Economics Professor at Asbury University and offers a subscription-based financial coaching service.  Contact him at Paul.Hamilton@Asbury.edu or www.USA-Economics.com.