Below are questions The Jessamine Journal asked each candidate and these are their responses. 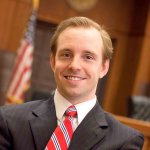 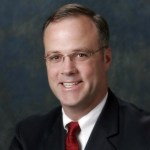 Discuss your interest in serving as the 39th District Representative.

GULLETTE: It is my sincere desire to serve the people of the 39th District which has always been my home.  I was born and raised in Jessamine County, and I want to see it thrive. During my four years at the College of Charleston I was tempted to pursue other careers that would have taken my future far from the district. More than anything else, it was my love for my hometown and its people that convinced me to return.

MEYER: I am grateful to have served in public office for the people in Nicholasville and Jessamine County. It has been an honor to work with everyone in our community, and I look forward to continue moving our community forward in a positive direction. I appreciate the opportunity I’ve been given and wish to continue to do so.

Discuss your prior experience working with civic, community or governmental organizations.

GULLETTE: I opened my private law office nearly a decade ago, and it has afforded me the opportunity to represent many people in almost every type of situation. I have extensive experience in civil, family and criminal court and I understand the pressures under which they exist. I have also worked in many areas of dispute resolution which has prepared me for the rigors of “working across the aisle” with my democratic colleagues. No matter where the idea or proposal originates, I will have the strength of conviction and the courage to stand my ground and make a decision that is in the 39th Districts’ best interest.

I also serve as the City Attorney for the city of Wilmore, Kentucky.  In that capacity for the last several years, I have had the opportunity to protect the city from various legal quagmires. These include the efforts of outsiders to remove the cross from the water tower, dangerous and dilapidated structures, and significant outstanding property taxes.  In fact, as a result of my efforts, Wilmore has collected more in delinquent property taxes in the last 16 months than the city has paid me for my services for the last three years.  Through my service, the Wilmore City Attorney’s position has become a budget neutral item earning the city more money than it has cost.

In addition to my legal practice, I spend significant time working with the Creative Art League of Jessamine County (“CAL”).  CAL has grown from a dream of only a few to a 2,000 square foot art gallery and performance hall. CAL has monthly exhibits and quarterly performances which bring hundreds of people to downtown Nicholasville, where they shop in the stores of the downtown merchants and eat in our downtown restaurants. CAL also serves the community by providing art education to our children, including the underprivileged.

MEYER: I am honored to have served in public office and have had the opportunity to be involved with many community and civic organizations that impact our community and the families that live here. I have always had a deep passion to serve our community. A few civic organizations I have served are: United Way ( Jess Co Board member and Chairman 2001-2004), Hospice of the Bluegrass (Russ Meyer golf scramble raising over $120,000 2009-2016), Boy Scouts of America ( friends of scouting chairman 1997-2000), Feed The Needy (1994-Present), Jess Co Senior Center (Board Member), Nicholasville Tourism(Board member), Jessamine Chamber of Commerce ( President 1998 & 1999)(Board Member 1996-2000), Veterans Freedom Fund Fest (2003-Present), Jessamine Youth Football Soccer Baseball & Basketball Coach and Volunteer, Jessamine ED Foundation Volunteer.

What is your perspective on gun control?

GULLETTE: The Gun Control efforts of the past have shown themselves to be ineffective.  Routinely criminals are found to be in possession of firearms that they are not permitted by law to possess.  You don’t have to look beyond our own courthouse to see this very fact.  The fact of the matter is that criminals don’t care what law they are breaking.  Expanding gun control legislation beyond its present configuration serves only to remove firearms from the law abiding public.  I will fight every effort from the left to further damage the Second Amendment. In doing so I will protect our right to own and possess firearms.

MEYER: I have been ENDORSED by the NRA (National Rifle Association) and have an A+ rating. As a lawmaker, it is my duty to uphold the Constitution, and I firmly support the 2nd Amendment.

What mistakes have you made in your professional career and what have you learned from them?

GULLETTE: The practice of law is a truly demanding career. Client conferences, court hearings and meetings of all kinds consume much of a lawyer’s day and demand that he adhere to strict budgeting of his time. In my early years, I found it difficult to fit it all in, even in an extended day. However, early scheduling mistakes made me adopt a time budgeting system that has made me highly productive. I will use this skill to enhance my efforts for the people of the district.

The law is also a detail oriented business and early mistakes quickly taught me that taking the extra time to do it right the first time is much better than wasting time doing it over again. I adopted the old carpenter’s motto of “measure twice and cut once” and that has made me far more efficient as well. Applying this rule to the state house, I will carefully research all sides of an issue before I decide which position is best for the district.

I am not perfect and I have made mistakes in my almost decade long law practice. The most important thing about that is that I have never run away from a problem that I created. On the few occasions that a mistake has occurred, I have stepped up and accepted full responsibility. This same stand up attitude will travel with me to the state house. I will never shy away from discussing even the most controversial issue nor will I ever hide from my vote.

MEYER: As a small business owner for over 25 years, I learned that when you make reactionary decisions for the immediate moment and you don’t look at the long term impact of your decisions, it can affect you negatively down the road. In government, we have to be fully aware of the long-term impact of decisions that we make. That is why before I make any decision, or take any vote, I fully consider not only the immediate effects, but also the long-term effects on Kentucky.

What can you do as the 39th Representative to combat the drug epidemic in Nicholasville?

GULLETTE: Kentucky ranks near the bottom of all of the states in many national categories. Unfortunately, the number of deaths from illegal drug overdose is not one of them. Only a few weeks ago, Kentucky became the 3rd highest ranking state in this horrible statistic. Clearly, the Kentucky House of Representatives is losing the battle to illegal drugs, especially heroin.

There is no magic formula with which to address this problem.  My experience has convinced me, however, that we have the tools to reduce drug addiction and, in the process, save lives. My work has exposed me to both the criminal and civil side of drug addiction. Improving education on the dangers of drug abuse is an essential step in solving this problem. We also must enhance law enforcement resources and efforts in order to apprehend offenders for both drug charges and the litany of crimes their drug abuse spawns. Additionally, we must explore new avenues for promoting long term in-patient drug abuse treatment, as that is the only thing that has shown substantial positive results.

MEYER:  As  your  Mayor, I always worked closely with the Nicholasville Police Department and the Jessamine County Sheriff’s Department to ensure public safety. The drug epidemic in Jessamine County is a problem that I am focused on fixing. That is why I sponsored and pre-filed legislation for the upcoming legislative session that will get tough on drug dealers. It will increase penalties on dealers that sell heroin that have additives like fentanyl. Current law provides that someone must possess 100 grams or more of heroin to be charged with commercial trafficking, a Class B felony, but this bill would require only 10 grams of fentanyl. The bill will also create a category of fentanyl “analogues” which will make it easier to classify newly developed versions and prosecute dealers without having to return to the legislature to craft laws specific to the newly developed synthetic drugs. This will be an important step forward in beginning to move the most dangerous drugs off our streets.

GULLETTE: I am a lifelong Republican, and I proudly wear the label of conservative. I am 100% pro-life and my votes in Frankfort will always reflect this conviction. I will NEVER vote to fund Planned Parenthood, the nation’s leading abortion provider, as my opponent has done. I will work to provide suitable alternatives for the other needed woman’s care services that Planned Parenthood provides as ancillary services to their primary mission of abortion. Through Health Department facilities, hospitals and other medical providers these essential services must and will be provided, but not at the cost of using tax dollars to fund the destruction of human life.

I will work to eliminate waste in government spending so that taxes do not increase, help promote an environment that encourages business and job growth, and I will work, in all situations, like the future of my children that I love depends on it, because it does. I am a charter member of the Jessamine Christian Church and, in fact, was the first person that it baptized.

MEYER:  I am humbled to have the opportunity to serve this community. Jessamine County is a great place to live and raise a family. Alison and I are grateful for the friendships we have here. I look forward to continuing to work with the leaders in our community and region to move Jessamine County forward. I am endorsed by the Kentucky Chamber of Commerce, the NRA National Rifle Association, the Kentucky Professional Firefighters, the Kentucky Board of Realtors, KEA Ky Education Association and many others. I will always stand up for my Christian family values and will continue to support pro-life legislation. I want to thank everyone for their vote, and I’m very humbled to have the opportunity to serve. If you ever have any thoughts or concerns, please do not hesitate to contact me.