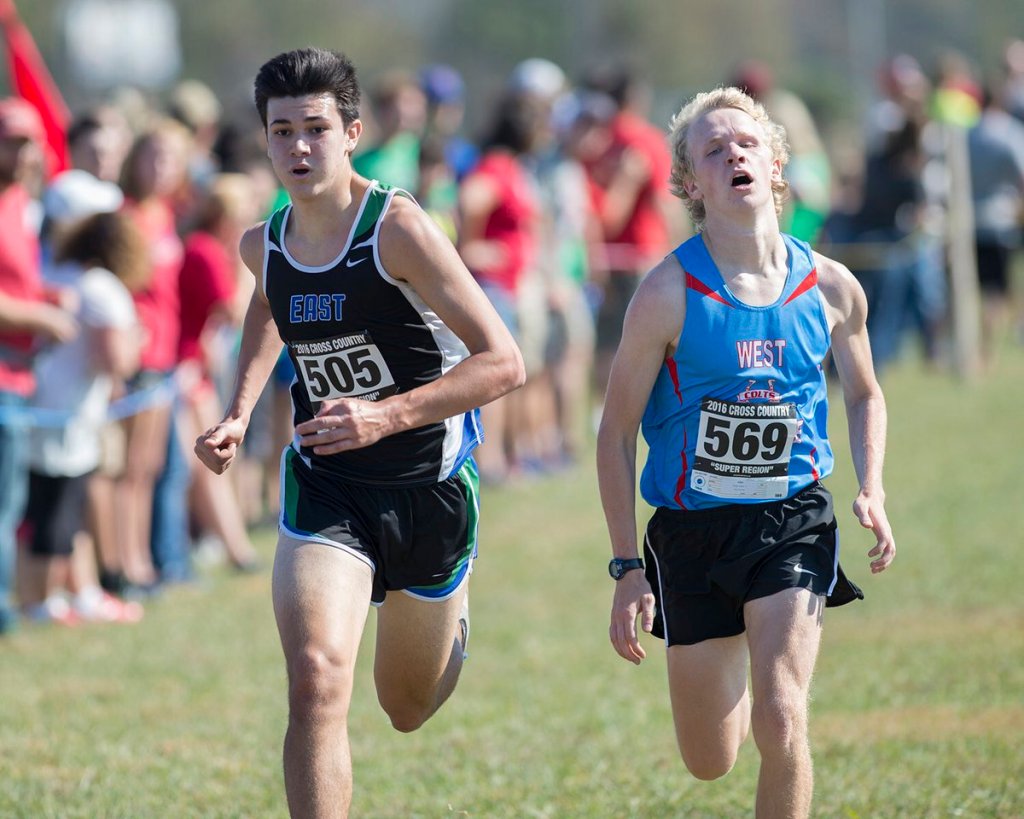 The state tournament has come knocking for the East and West Jessamine boys and girls’ cross country teams following a successful Region 7 AAA 5k meet on Saturday in Monticello, Kentucky.

Of the two programs, only the West girls’ team and the East boys’ team earned out-right bids into this upcoming weekend’s Class 3A state tournament at the Kentucky Horse Park.

However, the West boys managed to qualify two runners in Nathan Fielder and Quinn Endicott. The two finished back-to-back (eighth and ninth) with times of 18:00.60 (Fielder) and 18:08.26 (Endicott). Fielder fell just behind the seventh place finish of East’s Preston Sagastegui (18.00:35).

Overall, within the boys team division, East finished in third place with 66 points and an 18:32 average. Pulaski finished just ahead with 63 points and North Laurel rounded out the pack with 60 points. West just missed the cut with a fifth-place finish (18:43 average).

According to West head coach Jason Moncer, the race was one of the closest regional finals ever, as two of the top four teams were separated by just eight total points.

For the West girls, the team wrapped up the day with its best finish since moving to Class 3A. The Lady Colts finished just a point behind Madison Central at 48 to 49. Bethany Hamilton led the way with an impressive second-place finish behind South Laurel’s Phoebe McCowan.