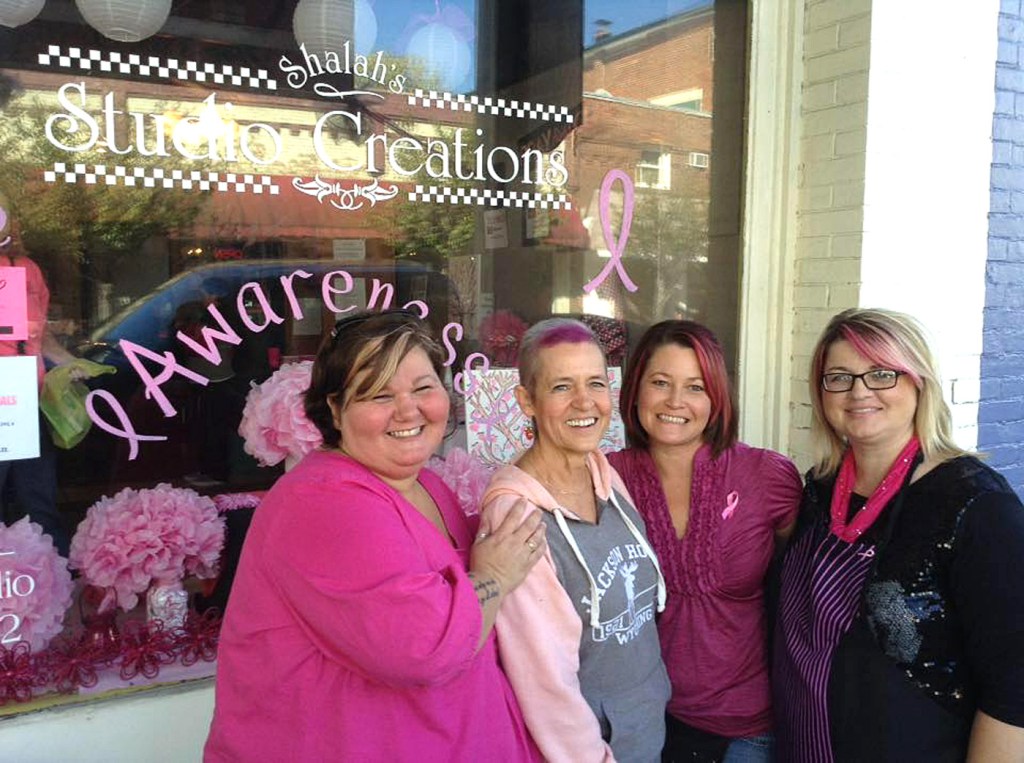 A salon in Wilmore has been taken over by pink during the month of October to raise money for breast cancer awareness.

The bright “Pink Out” decorations that fill the window of Shalah’s Studio Creations can be seen from Main street.

Shalah Olson, owner of the salon, along with her stylists Christine Maynard and Kathy Sims, began dedicating their time to making a difference in the lives of breast cancer survivors three years ago.

Olson said she was inspired to start the “Pink Out” fundraiser by her friend Lori Baker-Jones, who was diagnosed with stage IV breast cancer.

Baker-Jones died in February of this year, her picture, along with pictures of other women who have passed because of breast cancer, hangs on a memory wall at the shop.

Those who participate in the “Pink Out,” can receive pink services such as pink hair dye and pink nail polish. Pink merchandise is also available including bracelets and T-shirts. At the end of the month, all proceeds from the fundraiser will be given to one person who is currently fighting battle with breast cancer.

“People enjoy contributing because they know its going to help somebody who is in the midst of it,” Olson said.

This year, the recipient of the “Pink Out” funds is Nancy Fellows.

Fellows and her husband Ray are both Wilmore residents who retired from Asbury University. They have two daughters, Laura and Sarah, and four grandchildren.

Fellows was diagnosed with breast cancer in February. In April, she had a mastectomy followed by two other surgeries. After enduring negative side effects from her first chemo treatment, she choose to take an alterntive route, Olson said.

Fellows uses Doctors Roach and Majors for her natural care, which involves a protocol of ozone therapy, accupuncture, juicing, exercise, chiropractic care and numerous supplements. Natural treament is not covered by insurance, so it has caused a financial burden for Fellows.

“We are humbled that Nancy has crossed our path, as we have prayed for someone to bless as our recipient,” Olson said in a Facebook post. “We support, pray and stand beside her as she remains strong in this battle.”

An open house will be hosted from 9 a.m. to 4 p.m. on Saturday, Oct. 22 at Shalah’s Studio Creations. It will feature pink services, a silent action, face painting, jewelry and food.

The last day of the “Pink Out” fundraiser will be Monday, Oct. 31. The salon will be taking donations and offering pink color hair spray from 6 to 7:30 p.m. during Treats on Main in downtown Wilmore.

Along with the pink hair and merchandise, the store offers another way for customers to honor the memory of loved ones. A painting of a tree of life is created each year. Customers can leave a thumb print on a branch of the tree in memory a loved.

“It’s very touching and special to people,” Olson said. “They’re not just contributing to the fundraiser they’re doing it in memory and honor for somebody, and that makes it special too.” 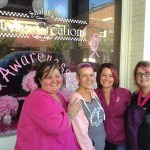 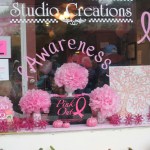 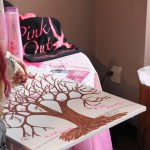