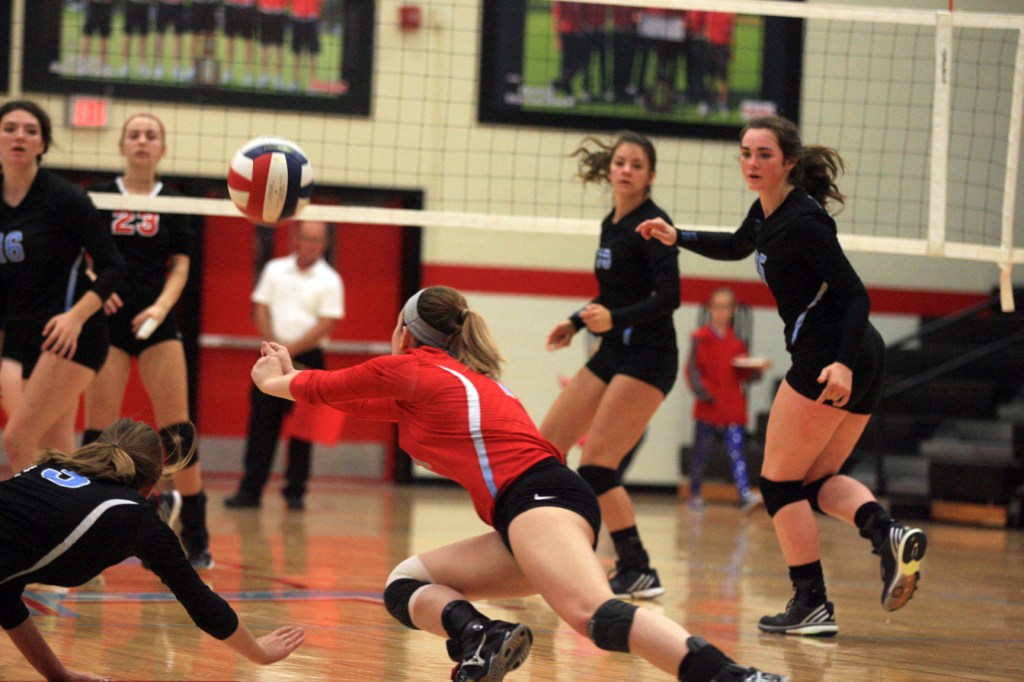 The odds of Lincoln County shaking off a history of losing to West Jessamine volleyball and defeating the Lady Colts in the 12th Region Tournament opener were not favorable for the 45th District runner ups.

The Lady Colts made sure that history remained relevant on Tuesday as they cruised past the Lady Patriots 3-0 (25-5, 25-13, 25-13) in front of a sizable and rowdy crowd of West fans within the West gymnasium.

“I thought they were really focused,” West head coach Bill Bird said of his team. “They kind of lose their focus a little bit (against inferior teams), which they did a little bit in the second game and into that third game.”

The first set went smoothly for West. The Lady Colts breezed out to 25-5 set victory that displayed the gap between the top and bottom of the 12th Region. The second set began much in the same way as the first set did, but Lincoln would rally mid set to pull the deficit below 10 points.

However, a 15-point serve streak by Grace Harvey helped put a stop to the rally and sent West into a 25-13 second-set victory. Without much doubt about the inevitable outcome, Bird would clear the bench in the third set. Despite having a few starters remaining on the court, West made easy work of Lincoln in that third and final set, 25-13.

“These girls are focused,” Bird said. “They’ve had good practices throughout the week along with a couple of team bonding meetings. I think their heads are right, mentally. I think they’re really wanting it.”