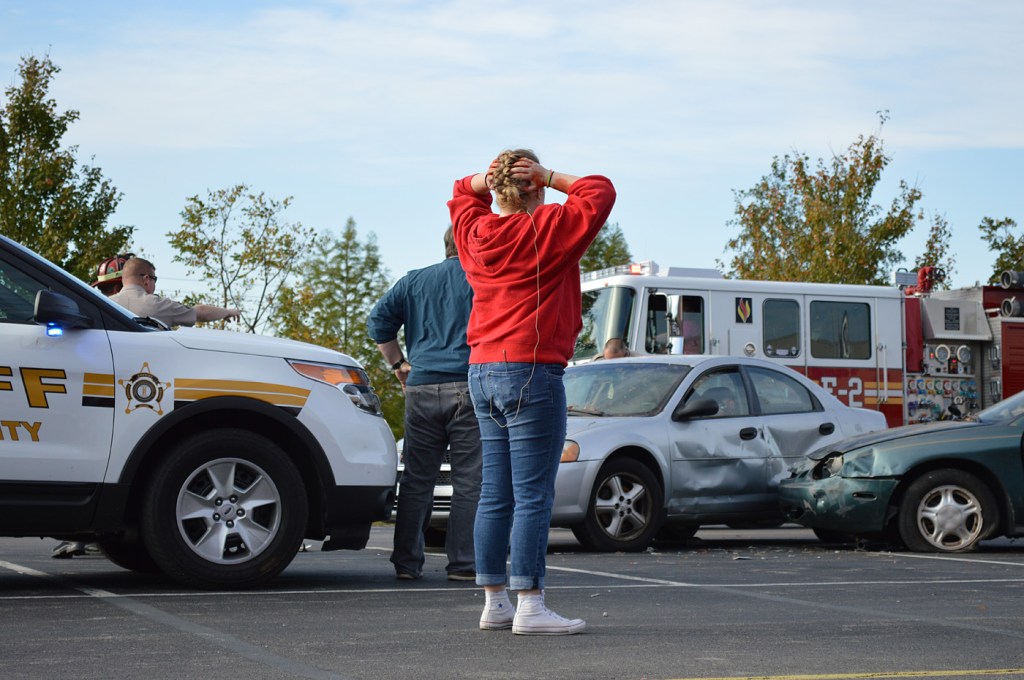 A loud bang gets the attention of the crowd, and a tarp is lifted to reveal a gruesome mock accident with screaming, blood, broken glass and shattered lives. What comes next, holds the potential to make an impact on over 100 onlookers.

“It is dramatic but it is worth every minute of it,” Donna Givens, director of student services said.

The mock accident allowed many students and community members to see the aftermath of a wreck caused by distracted driving.

Before the demonstration began at West, Marshall Greene from Summerville Georgia, told the students how distracted driving made an impact on his life.

All three boys were in the back seat when one of Greene’s sons became car sick. His mom told him to come up front to ease the sickness. As he was climbing to the front seat, his foot got caught in a DVD player cord.

Greene’s wife turned around for five seconds to plug the cord back in. She ran a stop sign and hit a tractor trailer. The crash killed Greene’s 12 and 6 year-old-sons. His nephew and his wife survived.

“The only two kids I had were gone,” Greene said.

Greene, who worked at the fire department at the time, responded to the scene.

“That’s absolutely the hardest thing anyone can do is bury their children,” Greene said.

After Greene told his story, students who felt they would not be able to make it through the dramatization were given the option to go inside the school.

The mock accident involved seven teen actors and actresses, five of which played the part of injured students, one acted severely injured and one pretended to be dead in the drivers seat of one of the cars.

Once the tarp was pulled, the aftermath of the accident began to play out. Beginning from the initial wreck caused by distracted driving, to the 911 call, to responders arriving on scene, the driver being arrested for reckless homicide and the person with life threatening injuries being extracted from the car and carried away in a helicopter. The scene ends when the fatality is taken away by coroner Michael Hughes after being identified by his hysterical parents.

Following the mock accident, the voice of the deceased victim played over the speakers. He talked about how his day began as usual with his little brother and how he was worried about a test he would be taking later that day. But he would never get to take that test, or be there for his little brother or see his family again. He would never get to take a girl to prom, get married or just grow up.

He questioned how he would be able to make people laugh and make an impact on the world when he’s not there.

“I guess it doesn’t matter anymore, because I’m gone,” the monologue ended, leaving a thick blanket of silence among the crowd.

Following the mock accident, students from both schools were taken back to their classrooms for a debrief to go through what they witnessed and how it made them feel. They also took a post assessment survey.

Allie Holt, a senior at West Jessamine High School, said seeing the mock accident made her realize the little things she does can have a major impact on her life as well as the lives of others.

“You notice how it effects the lives of other people, for checking a silly little thing like a text,” Holt said.

She said one of the parts that hit her the hardest was seeing the hysterical parents.

“When I saw the parents, I imagined mine,” Holt said.

Three other mock crashes have occurred in Kentucky for drinking and driving, but this is the first one for distracted driving, Givens said.

“If it saves one child’s life, we’ve done something,” Wheeler said.

“I think this was one of the most impactful events we have done in the history of the high schools,” Fields said. “It’s one thing to talk about this to kids, it’s another to see it. This is as real as it gets.” 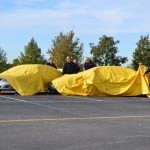 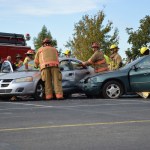 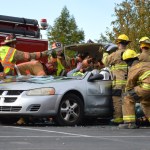 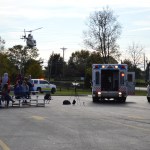 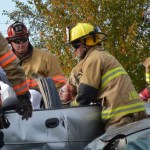 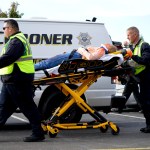 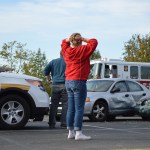 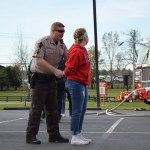 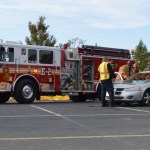 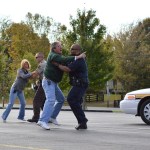 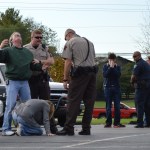 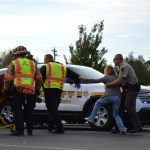 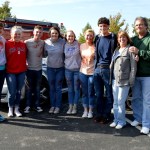