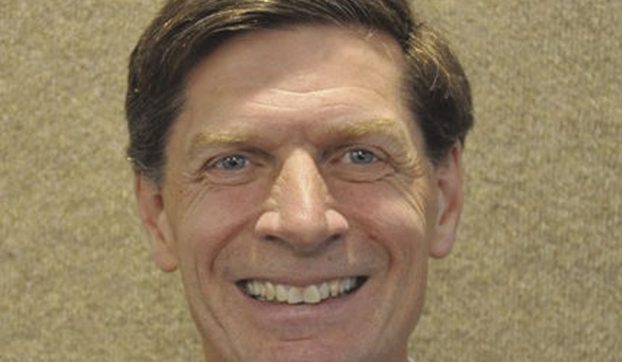 Al Earley | The Bible Is True and Authoritative

In the first century A.D., the Jewish historian. Flavius Josephus wrote, “We have given practical proof of our reverence for our own Scriptures.

For although such long ages have now passed, no one has ventured either to add, or to alter a syllable; and it is an instinct with every Jew from the day of his birth to regard them as the decrees of God, to abide by them, and, if need be, cheerfully to die for them.”  He was respected by everyone in his own day as a one of the finest historians in history, and reprints of his books on history were second only to the Bible in popularity after the invention of the printing press.

Robert Dick Wilson, 1856-1930,  dedicated 45 years of his life to the most careful study of the Old Testament anyone has ever undertaken. He learned 45 languages to enhance his study because he felt this would be necessary to do it correctly.  Oswald T. Allis described Wilson’s method of Bible Study this way, “Build solidly. Prepare thoroughly. Never be satisfied with superficial answers. God’s Word can stand the most thorough investigation. Do not shirk the difficult problems but seek to bring the facts to light, for God’s word and God’s world will never contradict one another.”

He authored a marvelous book titled, “A Scientific Investigation of the Old Testament,” in which he confidently affirmed “we are scientifically certain that we have substantially the same (Old Testament) text that was in the possession of Christ and the apostles and, so far as anybody knows, the same as that written by the original composers of the Old Testament documents.”

Until 1948, scholars had only the clay tablets of Babylon and the Egyptian papyri, which were the only ancient manuscripts known to survive outside the Old Testament. This changed when over 800 papyri and parchment texts known as the Dead Sea Scrolls, were found in caves. These scrolls gave the world manuscripts of Old Testament books 1,000 years older than any previously in existence.

John Allegro, who studied the Dead Sea Scrolls, and was not a Christian sympathizer said, “Excitement had run high among scholars…, was it possible that we were at last going to see traditions differing seriously from the standard text, which would throw some important light on this hazy period of variant traditions?  In some quarters the question was raised with some apprehension, especially when news-hungry journalists began to talk about changing the whole Bible in view of the latest discoveries. But closer examination showed that, on the whole, the differences shown by the first Isaiah scroll were of little account, and could often be explained on the basis of scribal errors, or differing orthography, syntax, or grammatical form.”

These are three of many examples that the Bible has endured the test of time, study, skepticism, and cynicism, and continues to prove that it is the word of God. No other book has endured such scrutiny, nor changed the world so profoundly. We can quote I Timothy 3:16-17 with confidence, “All Scripture is breathed out by God and profitable for teaching, for reproof, for correction, and for training in righteousness, that the man of God may be complete, equipped for every good work.”

There will always be new theories of why the Bible is not the authoritative word of God. They have been discredited and forgotten throughout the ages, to be replaced by new theories, which will be discredited as well. I can find numerous sections of scripture that I don’t understand, or sections that seem to teach things that are difficult to reconcile with what we know today. I no longer think the problem is with the Bible, the problem is with me. I trust the Bible as the source of all truth completely, and when what I think or believe contradicts the Bible, the problem is mine to solve.

When the pop culture has new “proof” that the Bible is not true, what is your first response? Are you continuously curious whether someone is going to find that new evidence the Bible isn’t true? Do you rely on what others say about the Bible, or do you spend the important time studying the Bible yourself to draw your own conclusions?  What keeps you from deciding the Bible is true, and you are no longer going to question it is the word of God?

Billy Holland | Learning how to become a child again

I remember as a kid how the days seemed so long. In the mornings after breakfast, I would shoot basketball... read more