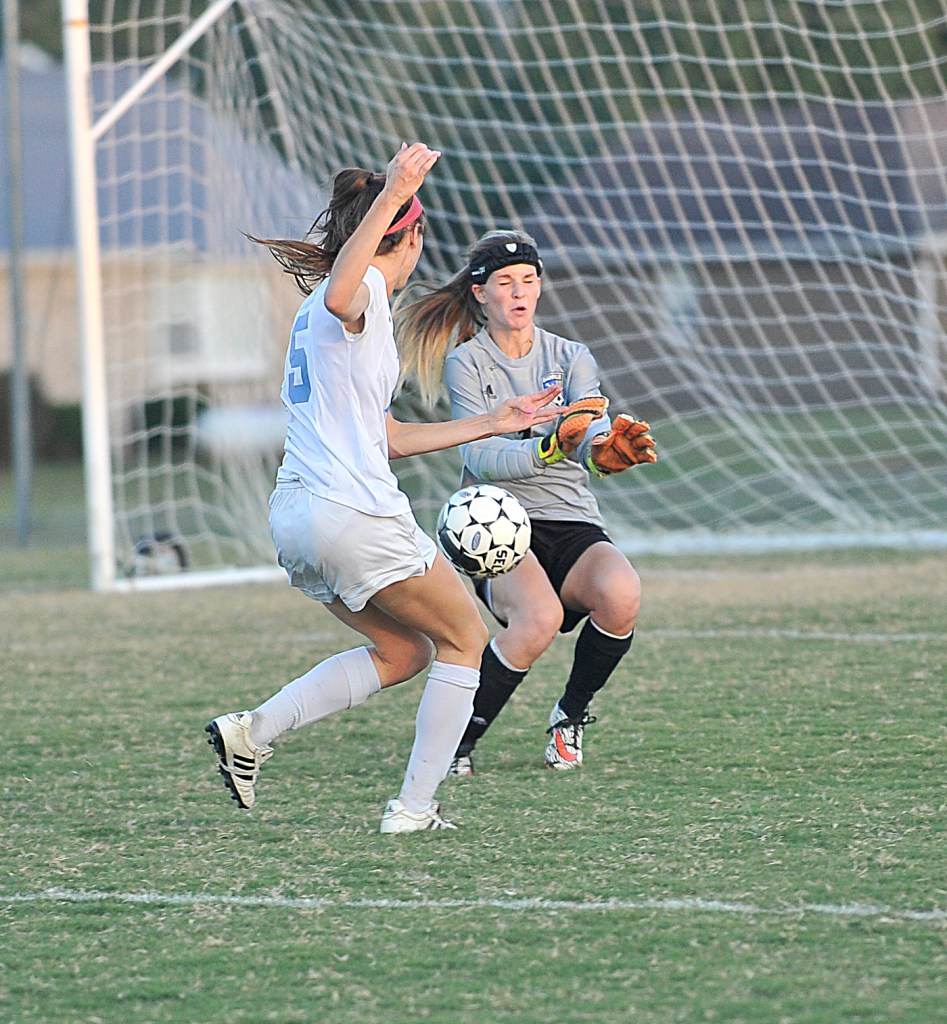 Photo submitted by the Commonwealth Journal

The West Jessamine Lady Colts and Boyle County Lady Rebels have seemingly been headed on yet another collision course for a regional championship all season long.

On Wednesday night at Southwestern High School in the first semifinal game of the 12th Region Tournament, the Lady Colts certainly did their part by getting past a good Danville squad.

West’s Eva Mitchell tallied two goals — including her first just before halftime to give the Lady Colts a 1-0 advantage at the break — and Kevin Wright’s club rode that late score in the first period to a 3-0 victory over the Lady Admirals, ending Danville’s season with a 13-7-1 record.

“(Danville) play a much different style than we play,” Wright said immediately following the game. “They play with a lot more pace, a lot more balls in the air, they try to knock you out with every ball and we just continue to play our game. We knew that Grace (Gaffney) — their goal keeper — was so strong and solid, we knew we had to use the corners and the back angles and crosses.”

Neither club could find the back of the net early, as this one remained a scoreless affair until late in the opening half of play. With less than two minutes left in the opening frame, it was Mitchell scoring her initial goal of the contest, giving the Lady Colts a 1-0 lead at the intermission.

That late goal seemed to give West all the momentum that it needed.

Early in the second period, Mitchell would score again — this time on a penalty kick — with just over 36 minutes remaining in the contest for a 2-0 West lead.

Less than three minutes later, West all but put this one away, thanks to a score by Morgan Pence, which gave the Lady Colts a 3-0 lead.

“(West Jessamine) is an excellent team and we got a little fatigued. And it showed in that final minute of the first half,” Danville head coach JD Smith lamented after the contest.

“We came out there and give up a penalty kick to them very early in the second half, but even when we were down there I was happy with our response at that time,” Smith said. “We didn’t drop our heads, but we kept fighting and I’m very proud of my team because they kept battling until the end.”