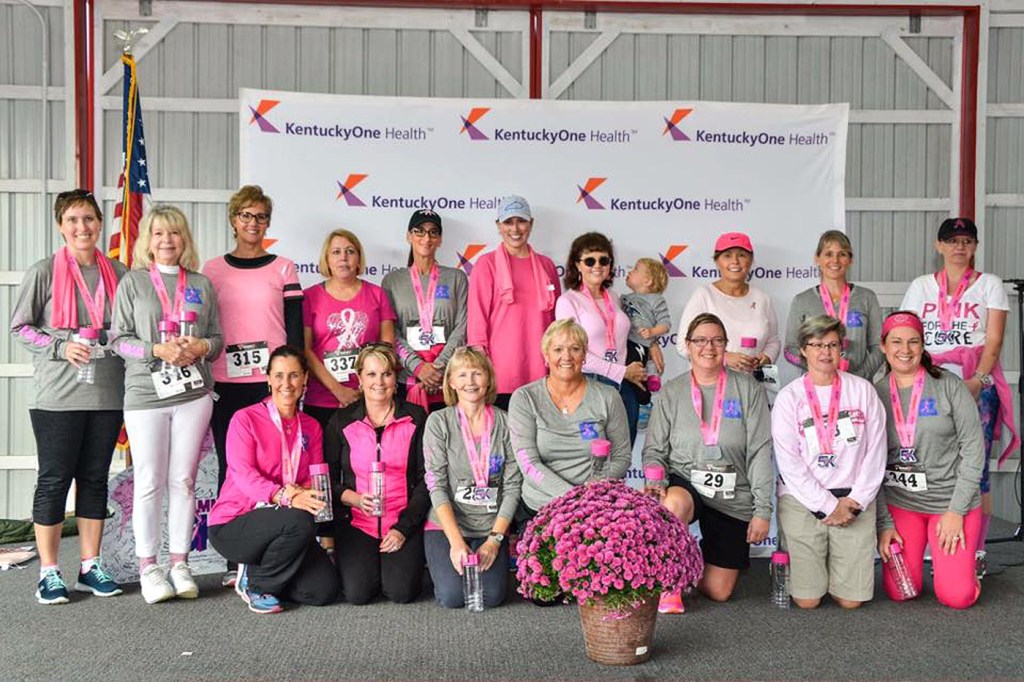 Over $25,000 was raised at the Saint Joseph Hospital Foundation’s second annual “Yes, Mamm!” 5K race in Nicholasville on Saturday.

All the money raised at the 5K will go toward funding mammography screenings through the “Yes Mamm!” program that offers free mammograms daily to women who either do not have insurance or are underinsured.

Saint Joseph Jessamine is a carrier of the program.

A mammogram can often find or detect breast cancer early when it’s small, even before a lump can be felt. This is when it’s easiest to treat. according to the American Cancer Society.

The 5K was hosted at the R.J. Corman Railroad Group Headquarters in Nicholasville.

The relationship between Saint Joseph Jessamine and The RJ Corman Railroad Group goes much further back than just the race this weekend.

RJ Corman and the The RJ Corman Railroad Group provided the funds to establish and build the care center in 2008.

“In general, he was just a really caring man and his legacy continues to give there,” Boyer said.

The mammography services were expected to perform 10,000 mammograms over the next 10 years, according to a press release from 2013.

“We just surpassed 1,500 women and a few men who have benefited from the “Yes Mamm!” program, which is a huge number,” Boyer said.

Around 600 people signed up to participate in this year’s “Yes Mamm!” 5K. Some racers were local while others came from different states. Some even traveled from as far away as Canada.

Among the various racers were several breast cancer survivors.