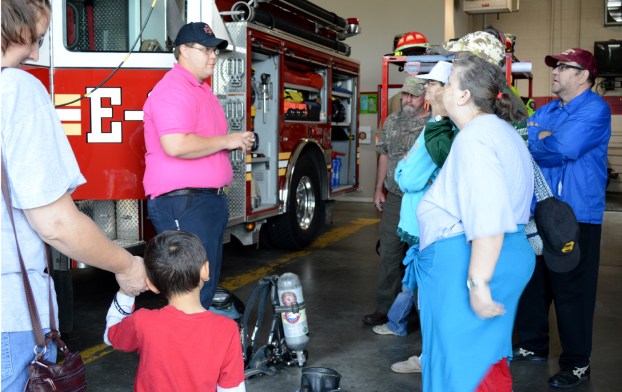 The event included the Nicholasville Fire Department Fire Safety House, Sparky the Fire Dog and a tour of the station.

This was the final year of the National Fire Protection Association’s three-year effort to educate the public about basic, but essential elements of smoke alarm safety.

The main focuses of the campaign was to make sure the public is aware of how old the smoke alarms in their home are, and the need to replace them 10 years from the manufacture date that can be found on the back of the alarm, according to the National Fire Protection Association.

The campaign went along with the county-wide smoke detector replacement program that has been active for about six years.

The program consists of firefighters from all three departments putting in and replacing smoke detectors in the county.

The program is covered by various grants, organizations such as American Red Cross, and businesses including Walmart and Lowe’s.

Last year, the program was responsible for 111 smoke detector installations.

“That was 111 homes that we covered that didn’t have smoke detectors prior to us coming to their home,” said David Johns Battalion Chief of Nicholasville Fire Department. “And we do that each year.”

This is the second year the fire department has hosted the open house, and Johns said it keeps growing each year.

“We’re just trying to get to know people and give them some fire safety education any time we can,” Johns said. 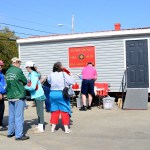