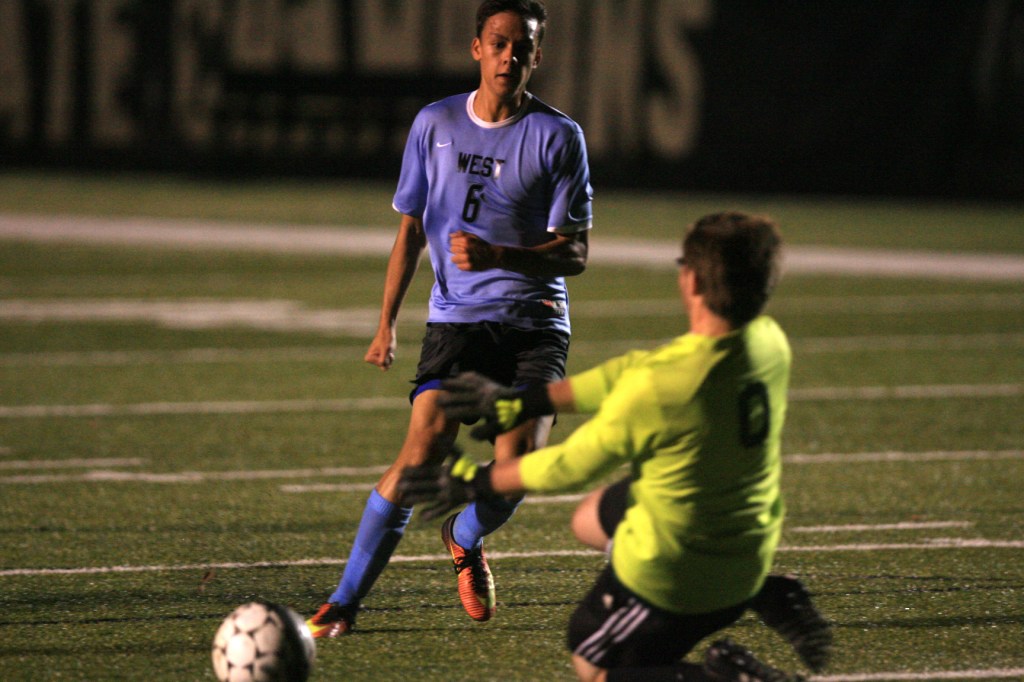 The strong late-season push by West Jessamine boys’ soccer continued Monday as the Colts held off Somerset 1-0 in the opening round of the 12th Region Tournament hosted by Boyle County.

The loss for the Briar Jumpers wraps up a season in which they lost eight of their final 11 games. Somerset ends the season with a record of 9-10-2.

“(The season) started out great. Then we had a lull there where we didn’t play very well, but I think we finished off playing pretty well,” Somerset’s head coach Steve Wallace said. “West Jessamine is playing as good as anybody. It’s just one of those nights where we had a couple of good chances and we didn’t put them in the goal. They had a couple of good chances and found one.”

One of those prime chances for Somerset came six minutes into the game when the Briar Jumpers booted a shot that West keeper Trey Miller parried, only to have the ball ricochet back towards the goal. For the briefest of moments, it appeared to be an inevitable goal for Somerset. That is until a West defender came sliding in to kick the ball safely out of bounds.

That shot would be Somerset’s best opportunity to score.

“Last year, in this game against Somerset, we knew they were going to play high pressure,” West head coach Brock Sutherland said. “So, we knew what they were going to try and do. I just told my defense early, ‘To be calm, sit back and let’s try to play over the top and relieve pressure off them.’”

The Colts did just that in the first half and the reward was an Isaiah Okesson goal with 26 minutes remaining in the half.

West would head into the half nursing the 1-0 lead.

The second half was much of the same, but West began to struggle with moving the ball around the box. As a result, the Colts tried to play over the top, but West was unable to set up any open shots within the 18 as Somerset’s defense had the interior locked down.

With West’s offense now stagnate, the Briar Jumpers ramped up the offensive pressure late in the game; however, the Colts’ defense never broke.

“I think it will do wonders for us moving forward on Thursday and definitely into the future,” Sutherland said of his team’s ability to preserve an early lead.

The win now sends West into a Wednesday night game against Danville in the second round of the tournament, while the season concludes for Somerset.