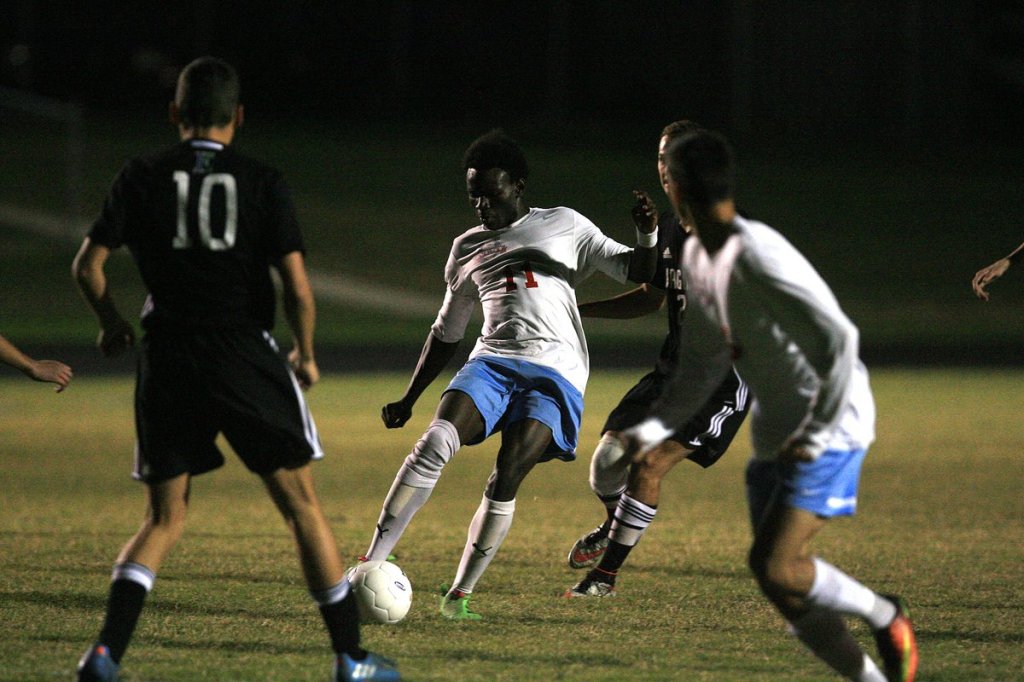 For 240 minutes this season, the East and West Jessamine boys’ soccer teams squared off against one another in an intense crosstown rivalry that spanned three months and two meteorological seasons.

But it was the final 80 of those minutes that would spell the end for one, and a new lease on life for the other.

That end belonged to East as West defeated the Jaguars 4-0 in the opening round of the 46th District Tournament to punch its ticket into the district championship game against Mercer on Thursday.

For West, the victory gives the Colts an at-large bid into the 12th Region Tournament and a chance to redeem last season’s 0-6 loss to Somerset in the opening round of the region tourney.

“Anytime we play (East) it’s going to be a good fight,” West head coach Brock Sutherland said. “They always give us everything that they have. I have the upmost respect for Brandon. He’s done a good job with them. They always come out ready to play.”

With the season on the line, it was the Colts that took advantage early and rode a solid offensive and defensive performance to the victory. West kicked off the scoring after Saylor Gilliland’s header with 14 minutes gone in the first half soared past East keeper Sam Griffin.

It seemed as if East would weather the storm and head into the half down just 0-1, but the Colts would pad their lead with just over a minute remaining after Lucas Labrillazo’s ball set up Gordon Scherer from within the box that gave West the 2-0 lead.

“Anytime you have to play someone three times it’s tough,” Sutherland said. “We knew they would come out and fight. Getting those two goals in the first half really helped us out. We wanted to score early.”

If Scherer’s goal wasn’t the fatal blow, then Isaiah Okesson’s goal just 40 seconds into the second half was. Now facing a 3-0 deficit in a win-or-go-home situation, East could have easily succumbed and embraced its fate, but the Jags persisted to fight.

Throughout the meat of the final half, the Jags ramped up the pressure, nearly capitalizing on goals that either missed inches wide or fell harmlessly into the arms of West keeper David Miller. The defense of West buckled at times, but never broke.

“The kids competed,” Cummons said of his team’s ability to battle despite facing a large deficit. “The kids are buying into the program. The underclassmen, they see it; I have two underclassmen in tears right now. We’ve got a good group coming up.”

West would add the nail with six minutes remaining in the game after Brycen Shely gave the Colts a 4-0 lead.

“I feel real good,” Sutherland said of his team. “Mercer is going to be real tough like it always is, but we’ve gotten better as the season has gone along. The best part for us is that we just wanted to be in the region. Now that we’re in the region anything can happen.”

With that, the season ends for East. Though the two teams took to the pitch as district opponents, the rivalry fails to break through the bonds intertwined throughout both teams.

It seemed only fitting that the match began with handshakes and ended with an embrace.