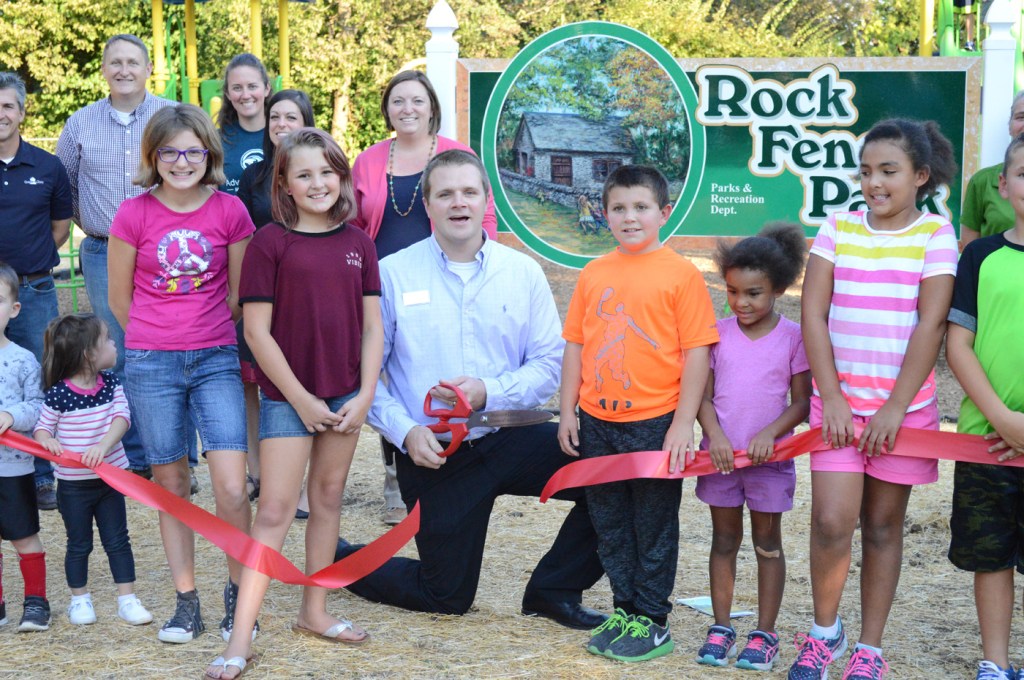 Many gathered last Wednesday, to watch the dedication of the newly upgraded Rock Fence Park located on 3rd Street in Nicholasville.

The 11 members of the 2016 Leadership Jessamine County class, were the ones to undertake the improvements.

It’s a gathering of citizens who want to make the transition from consumers to stakeholders in their community, he said.

After touring three parks in Jessamine County, the class chose Rock Fence Park because of its age and central downtown location.

The group ran into some snags with factors such as weather, but the project is now complete.

“It was an uphill battle but we were able to do it,” Ray said.

Previously, the park had one play structure designed for children under 5 years old, and a few swings that were aged.

Over $30,000 was raised from community members, business owners, elected officials and homeowners surrounding the park. The money was used for materials and labor to remove the older swings and replace them with the two new sets. Mulch was also donated.

Leadership Jessamine County is starting a new 14-member class for 2016-2017. This project will be exploring the idea of starting an active farmers market in Jessamine County. The open house will be hosted from 4 to 7 p.m. on Monday, Nov. 7. at the public library. 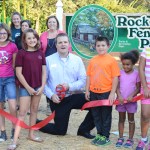 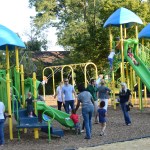 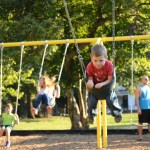 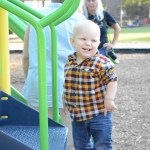 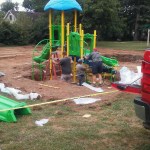