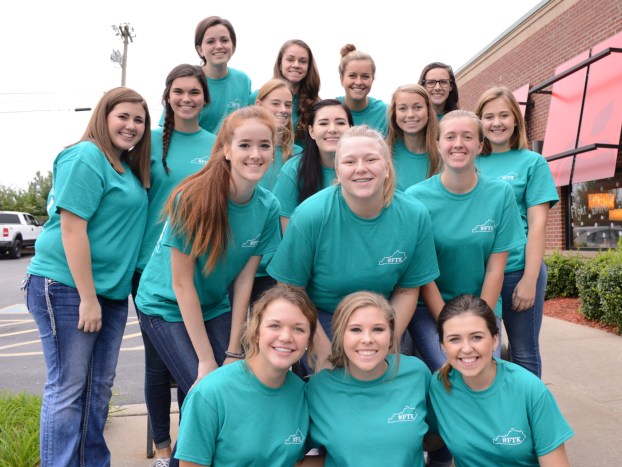 Photo by Tosha Baker. Some members of the Dance Blue Committee.

Local students serve pancakes for a cause, Dance Blue

Stacks of pancakes were served to 72 people to raise money for a pediatric cancer foundation on last Saturday.
The Dance Blue Committee, consisting of students from various grades at West Jessamine High School served pancakes to hungry guests for $7 per person.
A percentage of the money raised went to Applebees, while the rest — about $450 — went to the Dance Blue fundraiser for pediatric cancer.
“We’re trying to start fundraising as soon as possible this year,” said Allie Holt, executive chair for the Dance Blue Committee for the past two years.
Holt is a senior at West. She and two others, senior Marley Woods and Junior Amber Adams, collectively run the group, consisting of 21 members.
One of the biggest fundraisers, a mini dance marathon, will be in around January or February, Holt said.
University of Kentucky’s Dance Blue hosts a 24-hour dance marathon to raise money for pediatric cancer. West Jessamine hosts a mini version that goes on for around 8 to 12 hours.
The proceeds raised from both marathons go to research for pediatric cancer and the Dance Blue Clinic on UK’s campus. Holt said the money will buy things such as toys and entertainment for children at the clinic as well as treatment.
This year the committee is trying to bring East and West Jessamine high schools together because of a sophomore soccer player at East, Kylee Tyson, who is currently battling a rare form of Leukemia, Holt said.
“We hope to unite the county to get the best possible outcome,” she said.
The mini dance marathon will take place in the West Jessamine High School gym.
Though it is labled a dance marathon, it will be much more than just dancing, Holt said.
The gym will be filled with activities to keep participants moving such as a cornhole tournament, volleyball tournament and a basketball tournament.
The marathon will also feature door prizes, food and drinks. All participants must pay a dancer fee of $25. The fee includes a t-shirt.
The Dance Blue Committee plans to have many more fundraisers in between now and the mini dance marathon to raise money for the cause, Holt said.
“My favorite part of the club is seeing how high schoolers can make such a difference in such a big thing such as pediatric cancer,” she said. 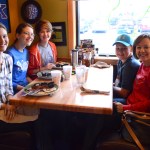 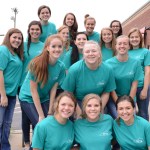 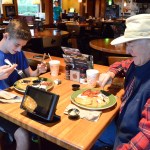 Jessamine County Water District #1 was honored for their outstanding service for this past year. The district was honored at... read more