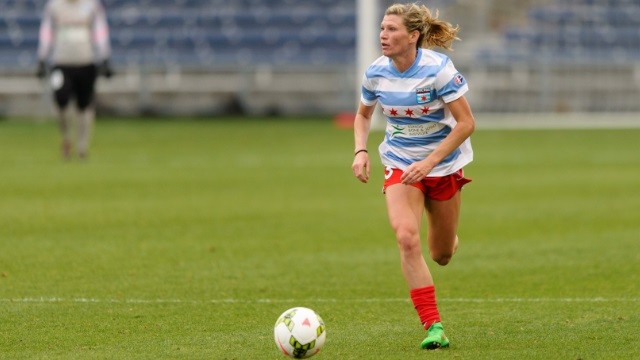 Former West Jessamine High girls’ soccer and University of Kentucky women’s soccer star Arin Gilliland fulfilled a life-long goal Thursday after it was announced that she has been called up to the United States Women’s National Team.

She becomes the first-ever UK player to be called up to the national team.

“I am above and beyond ecstatic to have the opportunity to come into such a great environment and be able to train and play alongside not just some of the best players in the world, but on the best team in the world,” Gilliland said in a press release. “It’s an honor every single time you get to represent your country, the badge and the National Team, so I am looking forward to what this camp has it store and how I can contribute.”

Gilliland will be one of seven defenders in a group that consists of Abby Dalhkemper, Merrit Mathias, Kelley O’Hara, Becky Sauerbrunn, Casey Short and Emily Sonnett. The call up follows the news that Gilliland was named a finalist for the 2016 National Women’s Soccer League Defender of the Year.

Gilliland is in her second season with the Chicago Red Stars. She has played in every match this season and helped the Red Stars record an NWSL shutout streak of 480 minutes, the longest in league history.

While at UK, Gilliland played over 7,000 minutes, scored 30 goals on 278 shots and recorded a UK-record eight career game-winning goals.

The first USWNT game that Gilliland will take part in will be on Wednesday, Oct. 19 in Salt Lake City against Switzerland. The team will then travel to U.S. Bank Stadium in Minneapolis on Sunday, Oct. 23 to, once again, face Switzerland.