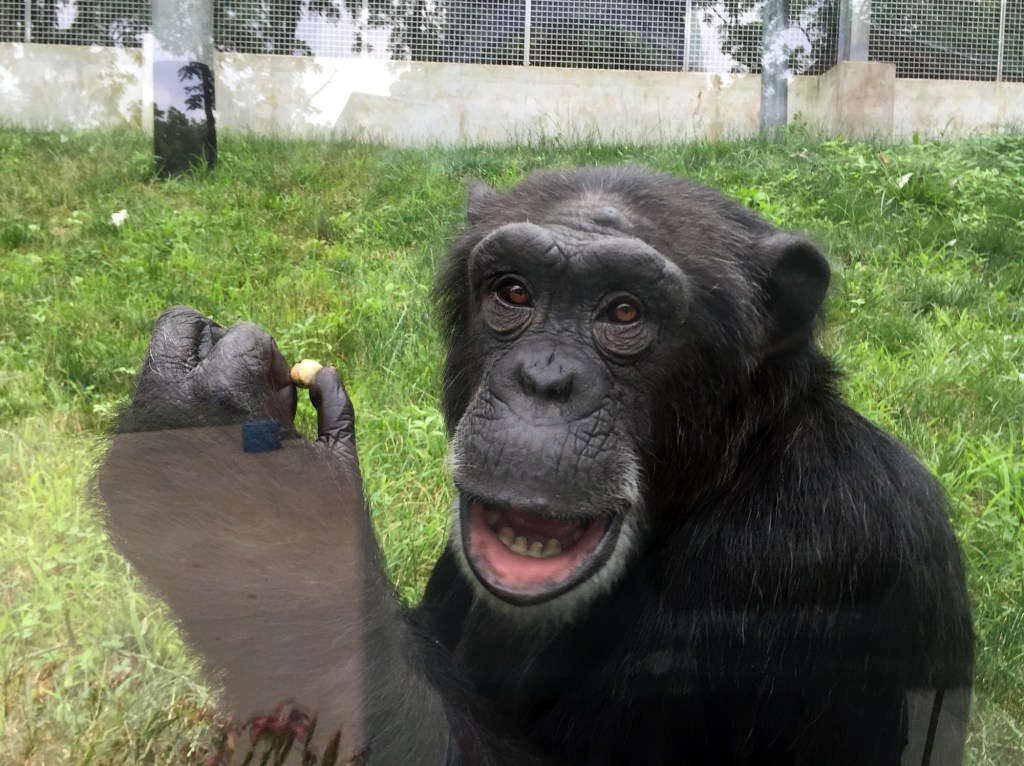 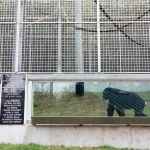 One of the 9 Chimpanzees residing in Wilmore. Photo by Jamilyn Hall 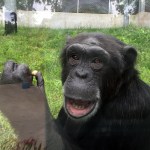 Primates are not usually the first thing to come to mind when one thinks about Jessamine County.

Funding is limited for the Primate Rescue Center, located in Wilmore. However, with 600 lab chimps being nationally distributed to rescue centers, the local center is willing to take on some of the 100 chimps who have not yet been distributed.

This facility is the only one in Kentucky, and it is associated with North America Primate Sanctuary Alliance, a non-profit organization that receives funding through private individuals.

The rescue center in Wilmore currently has nine chimps that were used in research labs, and a little over 40 monkeys. It takes $30 to $40 per chimp daily to operate the center, said Eileen Dunnington, assistant executive director at the Primate Rescue Center. This means it takes around $1,000 a day to keep everything running.

“We do get some grants, but the majority of our funding is due to the generosity of private individuals in this area and beyond,” Dunnington said.

Many chimps housed at the center had a rough start at life. Dunnington said one chimp came to them  addicted to cocaine.

“Most of the chimps are used for biomedical research,” Dunnington said. “That means vaccine testing and surgical procedures for various disease exploration. Many of the chimps that come from labs have Hepatitis or possibly HIV or AIDS.”

She is unsure if any labs or Universities in Kentucky use chimps for testing.

“There are approximately 600 lab chimps in the research community who need retirement because they are no longer being experimented on,” Dunnington said. “There are 300 federally owned chimps who will make their way to Chimp Haven in Louisiana. Those will be funded up to 75 percent of their care by the National Institute of Health.”

Another 200 privately owned chimps are designated to go to Project Chimps in Georgia. The other 100 not designated yet to a center are awaiting placement, Dunnington said.

The center in Wilmore could be seeing some of the 100 Chimps and currently only has 12 active volunteers, Dunnington said.

“(We) just got back from a workshop, where the releasing of the 600 chimps was the main discussion,” Dunnington said.”

With the centers connected to NAPSA, they all have one thing in common —the chimps have a choice in their environment.

“They have choice over their own minds and bodies, if you will, in a captive environment.” Dunnington said. “We know we can’t release (the chimps) in the wild since they don’t have the skills to survive out there. We have made the commitment to provide them with care for the rest of their lives. In order to have a fulfilling life here at the center, full of rest and relaxation, they also have stimulating activities, good nutrition and routine medical care.”

The center is not open to the public and does not allow any visitors, Dunnington said.

“In general, we don’t agree with animals being used for entertainment,” Dunnington said.

With the center being closed off, Dunnington said, this might be a reason why Kentuckians forget they are there and forget the center needs help with funding. However, the center believes the labs and Universities who have benefited through the use of the chimps should also help out with funding.

“Somehow, whether its through public pressure, or through an outcry, the Universities and Pharmaceutical companies — and others in the research communities who have owned these primates — must accept the responsibilities for the primates lifetime care costs.”