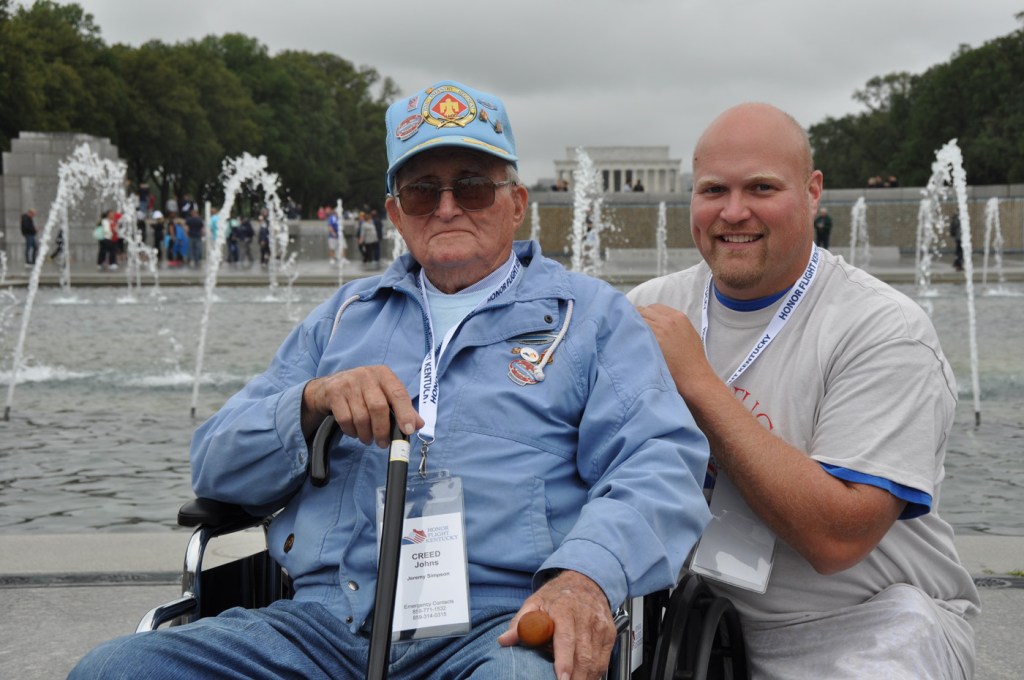 Photo submitted by Kyle Crouch Creed Johns and his grandson Jeremy Simpson at a memorial in Washington D.C.

A veteran from Jessamine County was granted the opportunity to fly to Washington D.C. this past weekend.

Creed Johns, 92, and his grandson, Jeremy Simpson, were flown to D.C. by Honor Flight Kentucky, the newest chapter of the Honor Flights Network formed specifically to fly veterans out of central Kentucky.

“In the 11 years since then, we have grown into 136 chapters in 44 states,” said George Campbell, Honor Flight Kentucky board member.

Johns served in World War II as a Corporal, and he was among 74 other veterans and their guardians to take the flight to Washington D.C. to see the memorials that were dedicated to their service.

“When they get on this plane, they begin to share their stories with other men and women who have been in the same position,” Campbell said.

He said he tries to let family members or guardians who to travel with the veterans know they are going to hear things they have never heard before.

“It is a bonding experience,” Campbell said.

The departure ceremony began at 6:45 a.m. at the Lexington Bluegrass Airport before the veterans boarded the plan. The welcome home celebration took place later, around 9 p.m.

Everything for the veterans that day from food to hats and even the flight was free.

“This is a day we’re saying thank you to them, so they pay for nothing,” Campbell said.

“It’s hard to describe in words how it feels to be with your grandfather when he gets to be recognized in a way that he was in the 1940’s when he came home from the war,” he said. “It was both fulfilling and emotional.”

This was the second flight of the year for Honor Flight Kentucky, which was started in 2015. Campbell said that during those two fights they have taken 130 veterans to Washington D.C.

Next year the organization plans to do four, he said.

“They are priceless treasures we have, and their stories will absolutely break your heart,” Campbell stated. 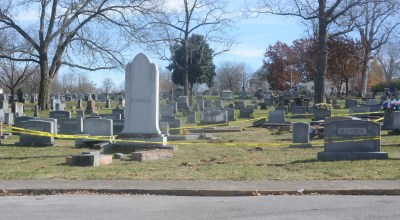