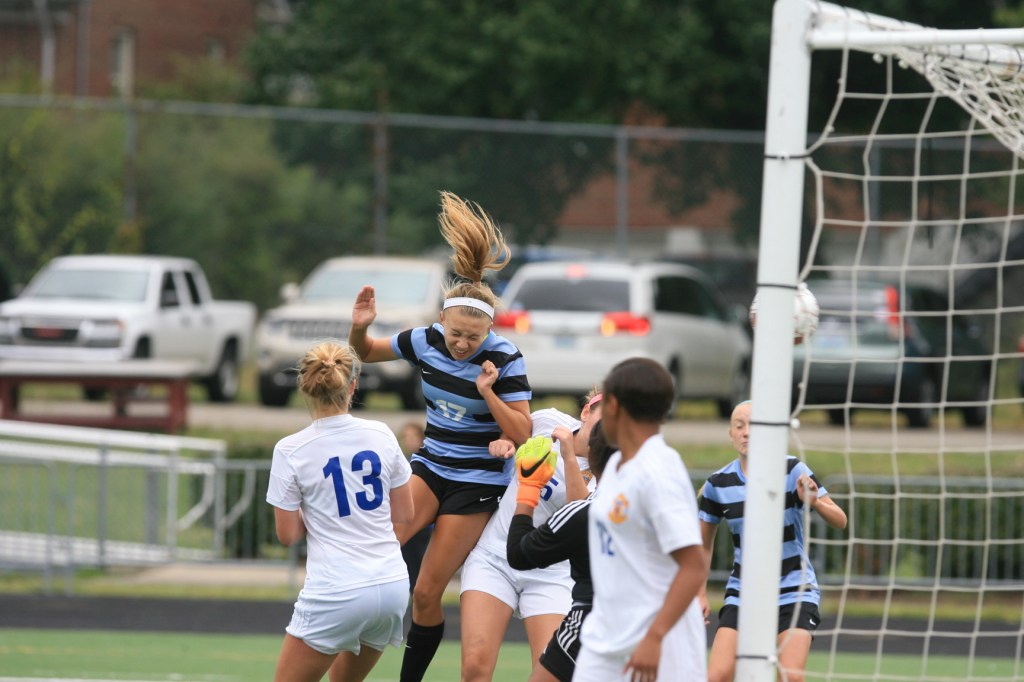 After Saturday’s 2-0 loss to West Jessamine in the opening game of the Tates Creek Showcase, the Henry Clay girls’ soccer team may be regretting scheduling 12th Region teams this season.

The Blue Devils, ranked No. 5 in the state according to topdrawersoccer.com, have lost just two games this season and both losses have come against 12th Region teams: Boyle County and West.

The victory for West is just another in what has been a stellar regular season; a season in which the Lady Colts have spent battling numerous top 10 teams — West has the toughest strength of schedule in Kentucky and Ohio, per the Maher rankings.

As a result, West took to the field at Tates Creek High School with a calm swagger befit a team that has played in numerous big-game situations during the season. Throughout the chilly, early fall afternoon, the Lady Colts ripped off shots that just either missed wide or missed high against a Blue Devils defense that sits first in the 11th Region with just nine goals allowed.

Though West failed to score a goal in the first half, the Lady Colts moved the ball with relative ease. West attacked from the perimeters and guided the ball in towards the middle, which for the most part was open long enough to allow the Lady Colts to get off shots.

The shots just wouldn’t fall throughout the first half, though. The teams entered halftime knotted at zero. That score didn’t last long, however.

West took the lead in the early moments of the second half after Kami Yantz booted a free kick from the corner that Anna Lee headed in beautifully from just yards out.

Henry Clay would then ratchet up the pressure on offense. It just missed out on a goal that ricocheted off the top of the goal post midway through the second. However, West’s Anna Rexford would stand firm in the box, not allowing the Blue Devils to equalize.

Lee would give West some breathing room with less than 10 minutes remaining in the game after she forced the Blue Devils’ keeper to overcommit, which allowed her to easily tap the ball in unimpeded.

The Lady Colts would take the 2-0 win. With the victory, West (15-4-1) remains undefeated (3-0) against teams from Lexington this season. The Lady Colts have won nine out 10 games, as well.