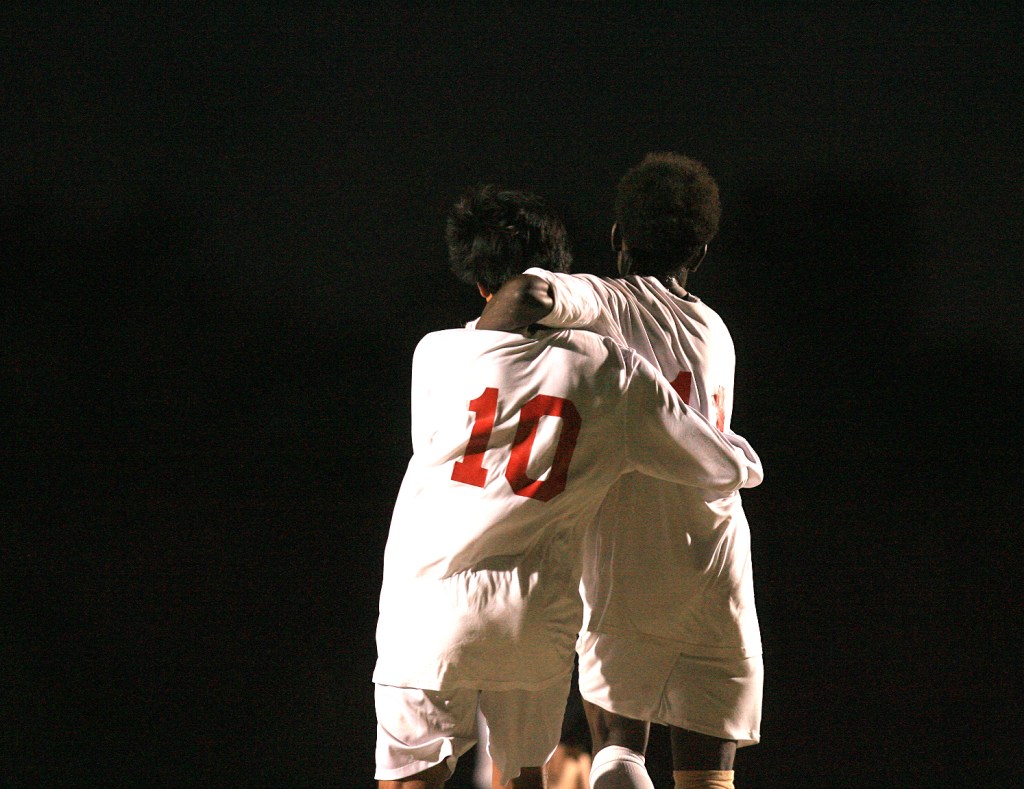 Sometimes, when the game plan isn’t working, the best thing to do is ball it up, chuck it out the window and go with what’s working at the time.

It’s a tried and true philosophy that West boys’ soccer utilized on Tuesday during a 5-1 thumping of 12th Region rival Boyle County. The Rebels entered the night undefeated (4-0) in the region.

“It’s a big positive,” West head coach Brock Sutherland said of the victory. “That’s two wins in a row for us. For (Boyle) to come here, and for us to get this win when we’ve kind of been struggling throughout this season, it’s a big win. Especially going into the (Donley Classic) this weekend and right before district play. It’s a big win.”

West didn’t do that at all.

The scoring for West began with about 15 minutes remaining in the first half after Oluwadunsin Adeliyi sprinted down the right side of the field and squeezed the ball past the Boyle keeper from five yards out.

The Colts recorded another goal five minutes later after Isaiah Okesson scored the first  of his two goals on the night. West went into the half nursing a 2-0 lead. During halftime, Sutherland made sure that his team knew that their lead was far from safe.

“There’s been some games, like last week against Woodford County. We were up 1-0 and we kind of laid back a little bit and didn’t continue to attack, and we gave the game away. I want them to keep the pressure on … I wanted them to come out and score quickly.”

And the Colts did just that. Okesson padded West’s lead just minutes into the second half and the floodgates opened after Jesus Buenrostro gave the Colts a 4-0 lead. Boyle would counter with a Caleb Jackson goal, but that was the extent of the Rebels’ offense. After several failed attempts throughout the first half, Ian McCash finally recorded a goal on the night after his shot from the left of the goal increased West’s lead to 5-1 with 10 minutes left in the game.

“I’m proud of the seniors,” Sutherland said. “We had five goals, and five seniors scored. That’s good leadership. That’s something we’ve been trying to get out of those guys all year.”

West has just four games remaining in the regular season. It travels to Madisonville North Hopkins for the Donley Class with matches against Hopkinsville and North Hopkins. The Colts then wrap up the home slate against Montgomery County and then finish off with a tough game against Lafayette.

The Colts will now look to stretch out their two-game winning streak prior to entering the 46th District Tournament. Their win against Boyle is a solid step forward.

“We want to be peaking at the end of the season,” Sutherland said. “It’s not how you start, it’s where you finish. That’s what we’ve been trying to teach them. So, to come out here and get a win like this, against a big region opponent, and beat them like we beat them, I’m real proud of them.”