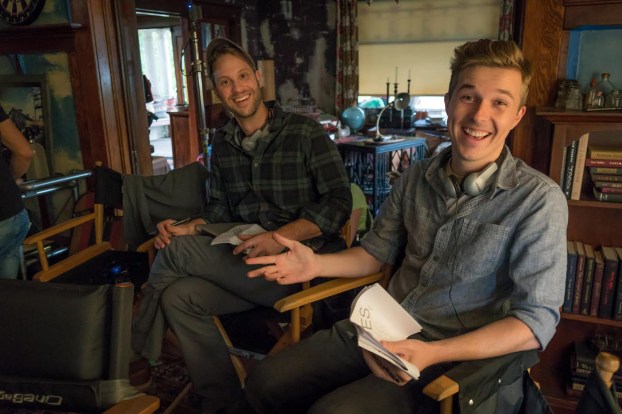 A Nicholasville native will see his byline on the big screen next month.

Tory Stanton, 31, is the writer and producer for a new show on The CW Network called “No Tomorrow,” which premiers on Oct. 4.

He shares the title with his work partner Scott McCabe.

Stanton graduated from West Jessamine High School, and then from the University of Kentucky with a major in telecommunications.

“For about five years we were shooting commercials, short films and content independently,” Stanton said in a phone interview.

The company eventually made contacts through CBS and The CW to make it to where they are now — writing and producing “No Tomorrow.”

Writer and producer Corinne Brinkerhoff, hired Stanton and McCabe to write the script for “No Tomorrow.”

“It’s about a kind of ‘play-it-safe,’ 30-year-old something, Evie Covington (Tori Anderson), who meets her dream guy — only to find out that he believes the world is going to end in eight months and 12 days,” Stanton said. “She has to decide whether he is crazy, or if that even matters because it helps him live his life to the fullest. It gives her the push to pursue her dreams in the potential remaining days.”

He said the romantic comedy is silly, fun and joyful.

“Hopefully it’s something you want to watch when you are feeling down and it’ll bring you up,” Stanton said. “That’s the plan.”

Stanton said he has always had an interest in the arts and his parents, friends and teachers have always been supportive of that. He recalled two specific teachers: Hallie Brinerhoff and Theresa Oney.

“They both allowed me to produce these little short films for presentations and projects in class,” Stanton said. “That was kind of the first time where schoolwork didn’t feel like schoolwork. I was clearly interested in it (producing) and that kind of got me going down this path.”

After attending UK, Stanton jumped in with both feet and moved to California.

“I absolutely love and miss home,” Stanton said. “I just got married there (Nicholasville) this summer, and it’s clearly a place that will always draw me back.”

To check out more of Stanton’s work, visit http://www.twotrickponyproductions.com/.

Pet of the Week