Down Under Squares dance the night away 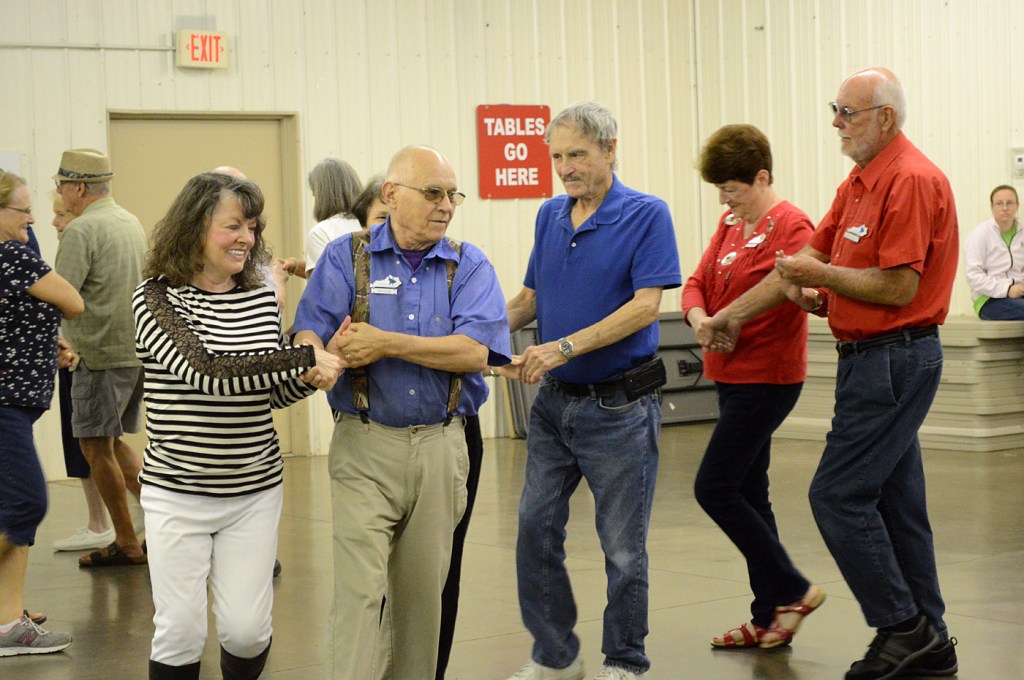 A square dancing group began lessons in Jessamine County last Wednesday, just as they have done for the past 24 years.

Down Under Squares was created in 1992 by a Nicholasville man named Bob Blair. The group got its name from the location the first classes took place in — underneath  an electrical supply business located on White street in Nicholasville — they were literally down under the square tiles of the business.

The electrical store shut down in 2011 and the group has changed locations several times since, said former president of the group Denis Mcginity.

For the past four years, Down Under Squares has utilized the Blue Building at City County Park in Nicholasville, under the permission of the director of Nicholasville / Jessamine County Parks and Recreation Duane McCuddy.

Though the Blue Building has been a great help, the square dancing group is looking for a more permanent home, said Rose Durrum, Mcginity’s wife and other former president.

“We want it down in Nicholasville or in Jessamine County,” Durrum said.

Square dancing is still very much alive, but its not as popular as it used to be, she said. When Durrum began square dancing, she said there were 52 people in her group, now she is the only one left from that time.

“Its not like we don’t keep trying and trying,” Durrum said.

At the moment, the class has six new students and expects two more this upcoming week.

The type of dancing the group does is referred to as Modern Western Square Dance.

During the lessons, students are taught dance commands, or “calls,” one at a time. Each call has a particular dance movement attached to it. Once the caller says a call, the dancers are suppose to immediately do the motion requested.

“You have it beat into your head so much you don’t think, you react,” said Mark Patterson, a Lexington native whose been square dancing and calling for 46 years.

“Square dancing is not a type of competition it is just for fun,” Patterson said.

The dance can be found all over the world, but no matter where you are the calls are always done in English, he said.

Square dancing is both good physical and mental exercise, Patterson said. Dancers are constantly moving to keep up with the calls, and they also have to remember which one means what.

Patterson said he got into square dancing when he was nine years old, thanks to his parents. Now he does calling as a full time job. He used to travel as far as California to teach lessons and call dances, but currently he keeps it to a five state area to cut down on some of the driving. Though he said he only has two nights off a month, he enjoys his job and the company it brings.

“I like seeing the expressions on the dancer’s faces, and their having a ball, and knowing that I had a hand in them feeling so good and happy,” Patterson said.

Patterson was not the only long -time dancer at the first lesson, there were actually quite a few. Martha Coughenour, a dancer from the Do-Si-Do Square Dance Club in Lexington was among them. Coughenour began practicing the dance 37 years ago, and she said she met her husband doing it. Even though she recently had knee surgery in August, she was still at the lesson easing her way back into dancing.

“We love square dancing so much we go to all the classes,” Coughenour said.

Like Patterson, she said she enjoys the companionship and company square dancing brings.

“Its friendship set to music,” she said.

Wednesday was the first of 23 weeks’ worth of lessons offered by the Down Under Squares. The first two lessons are free to those wanting to try it out, but after that it’s $60 per person to participate. Each class occurs from 7 to 9 p.m. on Wednesday nights at the Blue Building in City/County Park.

Those interested in seeing the results of the classes can come watch Down Under Squares perform at Highbridge in Wilmore on Oct. 8. 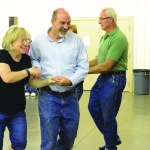 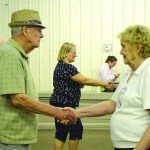 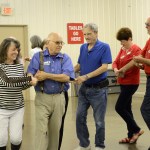 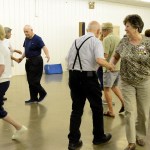 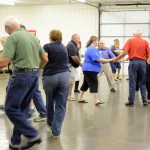