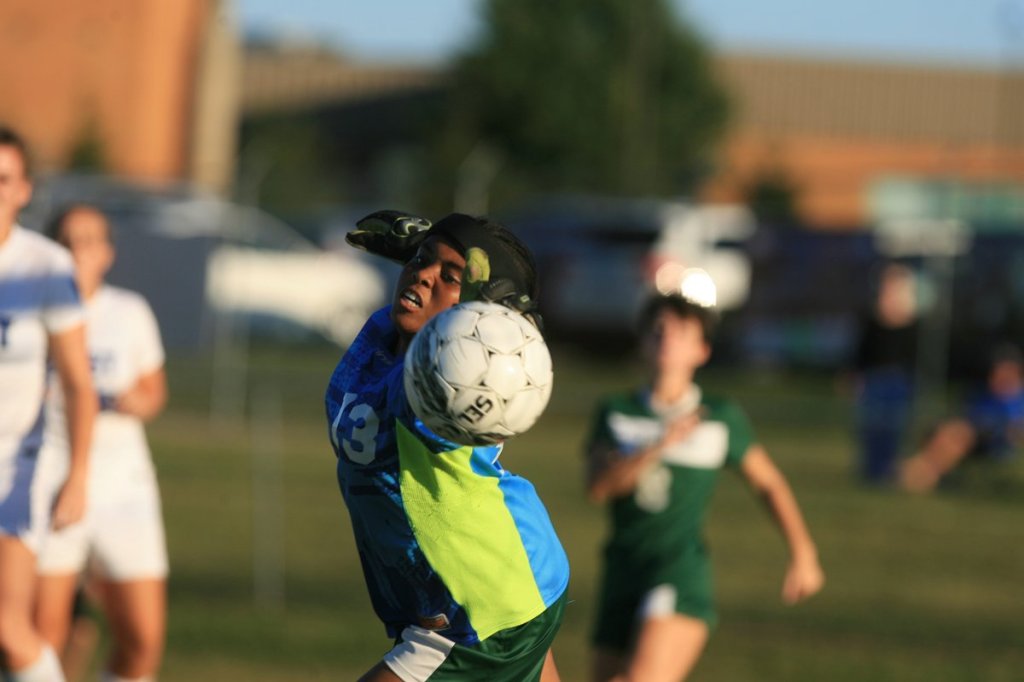 With East Jessamine’s 2-0 victory over Western Hills on Thursday, the Lady Jaguars have now won three of four games as the season gears up for the final sprint into district tournament play come this October.

In those three victories, East has defeated a 11th Region leader in Franklin County, a district and region rival in Mercer County and a tough Western Hills team that sits prime for a run at the 11th Region championship.

This pattern coincidently happened in 2015 when the Lady Jags won three of four games heading into the final three contests of the season — including the 46th District opener. However, East proceeded to lose all three of those games (0-1 to Woodford County, 3-4 to Scott County and 1-2 to Mercer).

However, much like in 2015, the remaining slate of games hold no significance record-wise as West Jessamine has already claimed the open slot in the district championship game with a 3-0 district record. The Lady Colts earned the spot after their 5-1 win over East on Oct. 19.

This means that East will face Mercer in the district opener for a chance to play West once again.

East now has five games to prepare for the Titans — this includes another matchup against Mercer on Oct. 1. And if history is any indicator, the Lady Jags need a strong dash to the finish if they want to compete in the 12th Region tournament.

That dash began on Thursday as East defeated a Western Hills team that entered the afternoon nursing a five-game winning streak. The Lady Jags controlled the flow of the game from the onset, ripping off shots with reckless abandon and easily dominating the time of possession.

It took just 17 minutes into the first half for East to get on the board after Sarah Rocco scored her fourth goal of the season to give the Lady Jags the 1-0 lead. East would be unable to convert numerous other goal opportunities though, which would have effectively ended the game before halftime.

“It’s kind of frustrating that we finished those,” Welch said of Rocco’s goals from outside the box. “But we don’t finish those that drop within the box. I’m glad she scored; I’m happy that she buried them. But in the grand scheme of things, we need to score those that are givens.”

Despite Western Hills’ second-half adjustments that lit a brief fire under the Wolverines, the Lady Jags were able to lock down on defense and increase their offensive pressure, which enabled Rocco to score her fifth goal of the season with 29:04 remaining in regulation.

East would hold on to the 2-0 lead and take the victory from a solid Western Hills squad despite a performance that Welch noted as being less than stellar.

The ironic thing is, is that if East is capable of defeating an opponent that has an 8-4-0 record in one of the toughest regions in the state despite not playing well, how good can the Lady Jags become if they put a together a complete game.