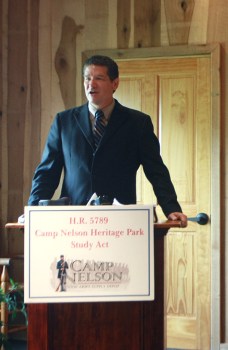 West, whose family operates Bett’s & West Funeral Home in Nicholasville, said he started helping at the funeral home when we was 8-years-old to see his father who was a funeral director.

“It was a way for me to see my dad and spend time with him,” West said. “I would be rewarded for helping folding chairs, vacuuming and things like that with a Coke or Pepsi.”

West said there were no other president’s from Jessamine County until now.

Once a year the association visits Capital Hill and they visit the legislatures and talk to them about issues that are close to the funeral service.

“It’s good to be recognized by your peers as a man they would put confidence in,” West said.