Author presents veteran with his book 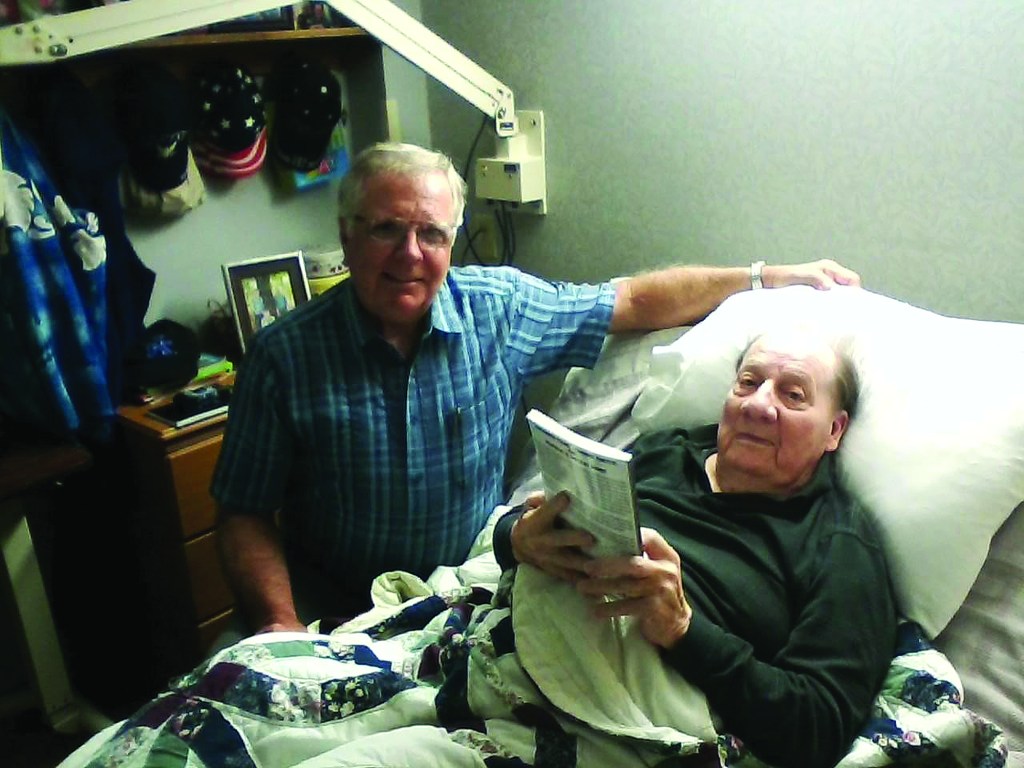 Local author Donald R. Curtis of Nicholasville recently presented veteran Lloyd Wells with a copy of his latest book, “Uncommon Valor…Common Virtue, the Franklin R. Sousley Story.” The book depicts the brief life of Sousley, a marine and Fleming County native, who on Feb. 19, 1945, along with five other comrades, raised the American flag on Mount Suribachi on the small Japanese island of Iwo Jima. This was the first time a U.S. flag flew over the territory of Japan, Curtis said.

The photo later became one of the most famous pictures from the war. Though he was not in the picture, Wells was present when the flag was raised and took part in securing the island.

“Since he was there when that historical picture was taken, I just decided to take him the book,” Curtis said. “There aren’t many World War II veterans around anymore.”