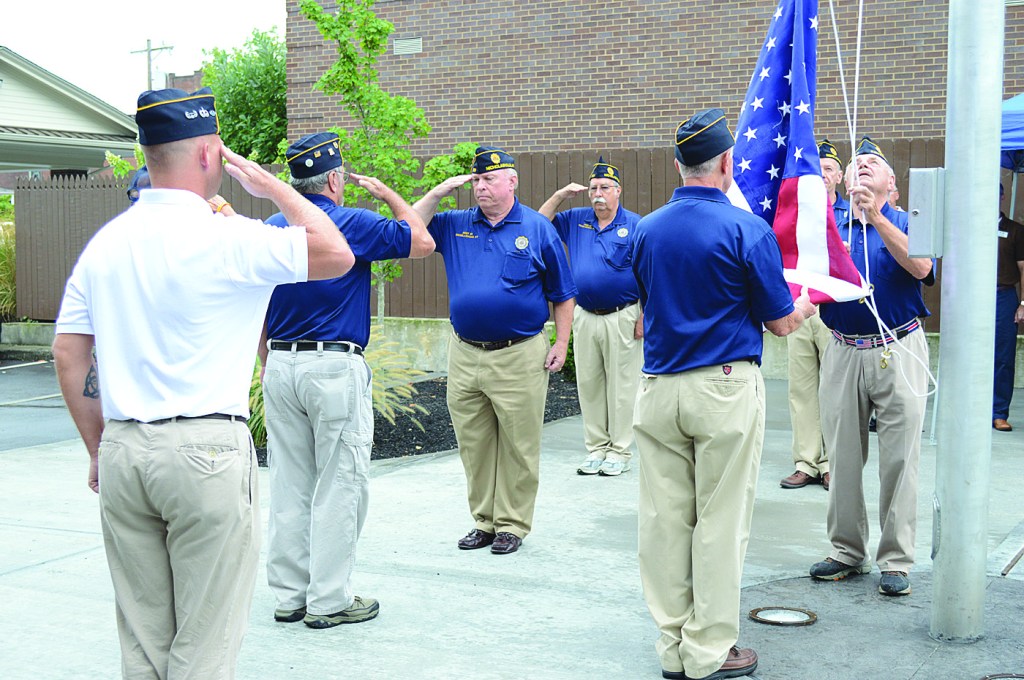 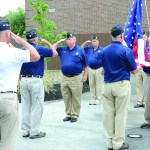 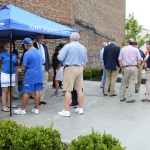 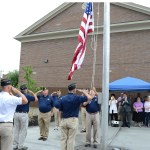 A crowd gathered with umbrellas to watch an American flag being raised next to Town Square Bank last week.

Several members of the American Legion Post 63 and the Central Kentucky Veteran’s Committee stood in attendance while a bugle played as the new flag was guided up the pole.

“We’re tickled to death to do it, because it puts up a new flag,” said Skip Kraemer, a member of the Post 63 and the Central Kentucky Veteran’s Committee.

The committee has conducted small flag raising ceremonies like this one for the past year. The ceremony takes about five minutes and consists of a short speech, lowering the old flag and raising the new one. It ends with a hand salute, said Don Thorton, District 8 adjutant for Post 63.

Once the old flag is taken down, it is folded the proper way, put into a container and later disposed of by being either buried or burned, depending on the material.

This particular celebration lacked the retiring of the flag because the pole had yet to receive one.

The basic function of the Central Kentucky Veterans Committee is to help out with celebrations such as Veterans Day and Memorial Day at the Camp Nelson National Cemetery.

The committee is willing to do flag raising celebrations at no cost for any business or school in the community that needs it, he said.

“The American Legion Post 63 did a great job,” said Tommy Cobb, senior vice president of Town Square Bank. “These are local veterans, and to have them come in and perform the ceremony just made it surreal. We’re proud to fly the American flag as well as our state flag.”

‘Barks and Rec’ going to the dogs with weekend…