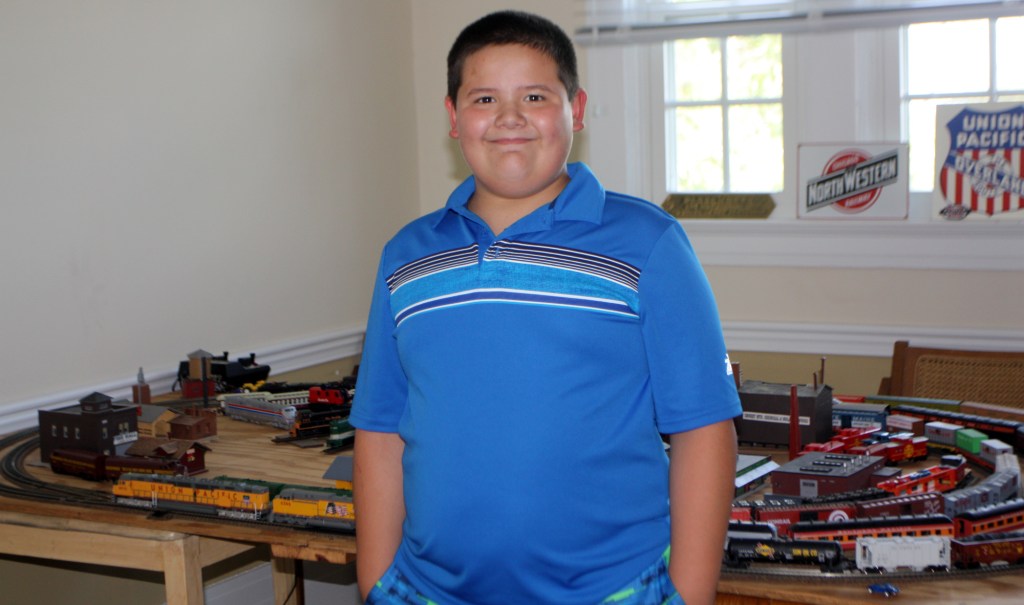 Some 11-year-old boys enjoy Star Wars, Pokemon Go or video games, but one Jessamine County child has a passion a little different than most.

Jay Yunker, a 6th grader at West Jessamine Middle School, began his collection of model trains when he was just 3 years old.

“I would call myself a collector,” Yunker said.

Currently, Yunker has around six layouts stored at his great aunt’s house — meaning along with the trains he also has the train tracks surrounded by buildings to resemble a small town.

Yunker said he was inspired to begin his collection after one simple act of a man whose name many in Jessamine County already know.

“When I met R.J Corman at 3 years old, he knelt down to me and gave me his business card,” Yunker said. “I’ll never forget that moment.”

Yunker said he wants to turn his passion into a career when he grows up by becoming a train engineer. Until then, he intends to collect all the different types of steam and diesel locomotives he can and memorize all their names.

He currently has hundreds of single trains, one of them 50 years old.

“My favorite (train) is probably the AC4400CW,” Yunker said. “It’s a very complex name. There’s multiple types of that locomotive, and it means 4,400 horsepower.”

One of his six layouts is an R.J. Corman replica. Only 100 of those replicas were made, said his grandmother, Wini Yunker.

“Me and his other grandmother went to an auction and bought it for him,” Wini Yunker said.

Yunker hosted a tour of his model trains for all 45 members of The Blue Grass Railroad Club on Sunday.

Yunker has been a member of the club since he was 8. A new member joined a few months ago, making Yunker the second youngest member.

“At first it was just a little fun club,” Yunker said. “They offered me a club membership because I went to High Bridge every year, and I would watch the trains.”

Some of the parts, sets and trains Yunker owns came from club members.

“There were a bunch of bundles of trains given to me,” Yunker said. “The maximum given to me was probably about 70 train cars.”

Train collecting takes a lot of time and effort, he said.