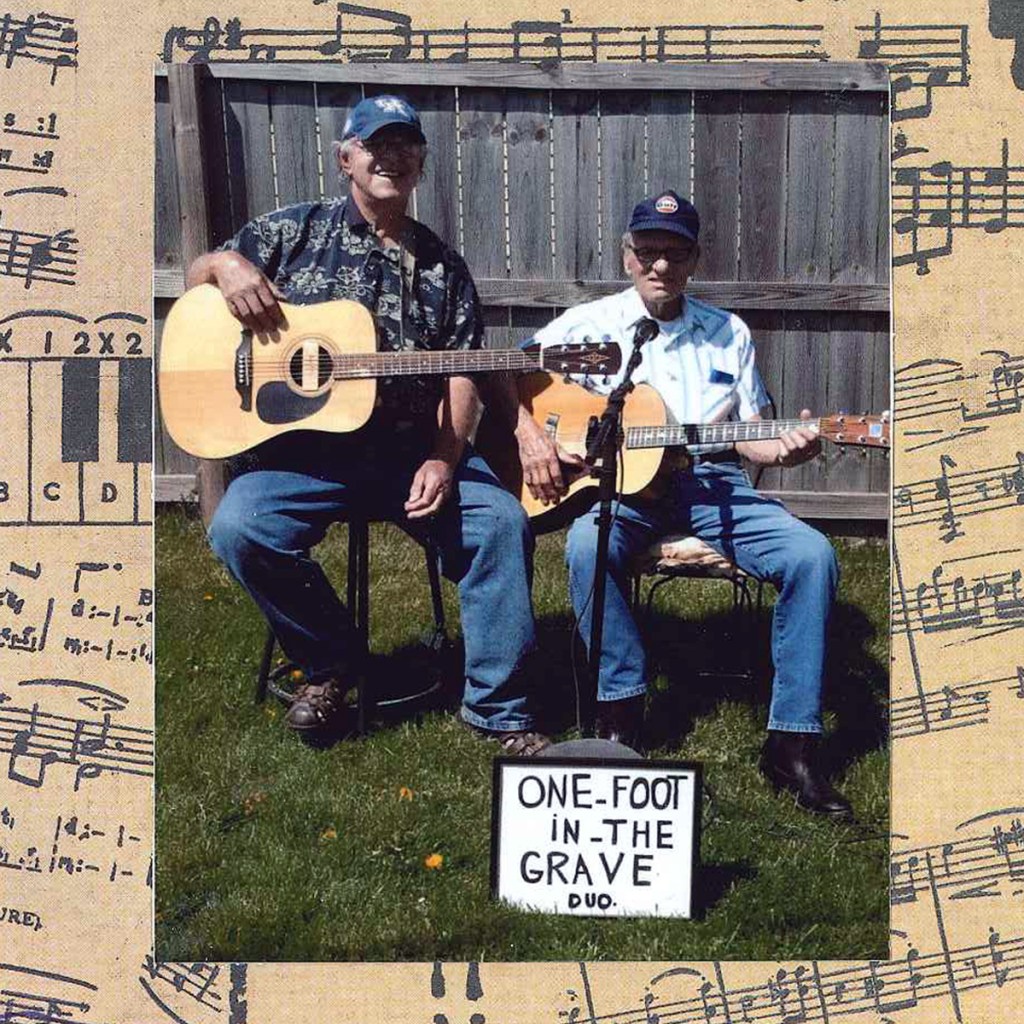 Two area musicians getting to see their names on the big screen, has come as quite a surprise for a band named, “One Foot in the Grave.”

Jimmy Miller, of Nicholasville, and Clay Naylor, of Lexington, were approached by a composer to have their classic country and gospel sound in an upcoming movie — “Heritage Falls.”

Miller and Naylor have played together off-and-on for 40 years, Miller said. Their band, “One Foot in the Grave,” can be found in Lexington on Fridays at Critchfield Meats and the Lexington Farmers Market on Saturdays.

The duo was approached by composer Rob Pottorf at the farmers market. Pottorf has composed music for motion pictures like “Jimmy,” “The Heart of Christmas,” “The Trail” and much more. Pottorf currently lives in Lexington but previously was based in Georgia, Miller said.

“That’s why he picked us, because he liked our style of old country,” Miller said. “When he approached us, he said, ‘I came by here two or three times, and I have been watching you guys. I like you guys.’”

The duo’s song, “Wayfaring Stranger,” will be showcased in a scene of “Heritage Falls.” The movie is scheduled to release in October,  and their song will appear on the soundtrack and ending credits.

“When he (Pottorf) put the song on the movie, we saw a little bit of the scene where we will be on there,” Miller said.

The movie is a story about a father and two sons camping in a cabin in the woods over a course of three days have soul-searching moments and one experience that frightens them all to the core, said the “Heritage Falls” website.

The song, “Wayfaring Stranger,” is an American folk song that goes back to the early 19th century and has been performed by artists like Johnny Cash and Trace Adkins, Miller said.

The duo used the Trace Adkins version in their recording of the song.

Naylor, 83, has been playing guitar since he was 14. Miller said the name “One Foot in the Grave” came from the fact they are both older.

The duo originally wanted to do the song, “This Land is Your Land,” for the movie but buying the rights to the song would cost thousands, so they had to choose another song.

“People don’t believe us when we tell them that our song will be in a movie,” Miller said. “It’s been an experience to say the least.”

To hear the recording of “Wayfaring Stranger” by “One Foot in the Grave,” visit jessaminejournal.com.