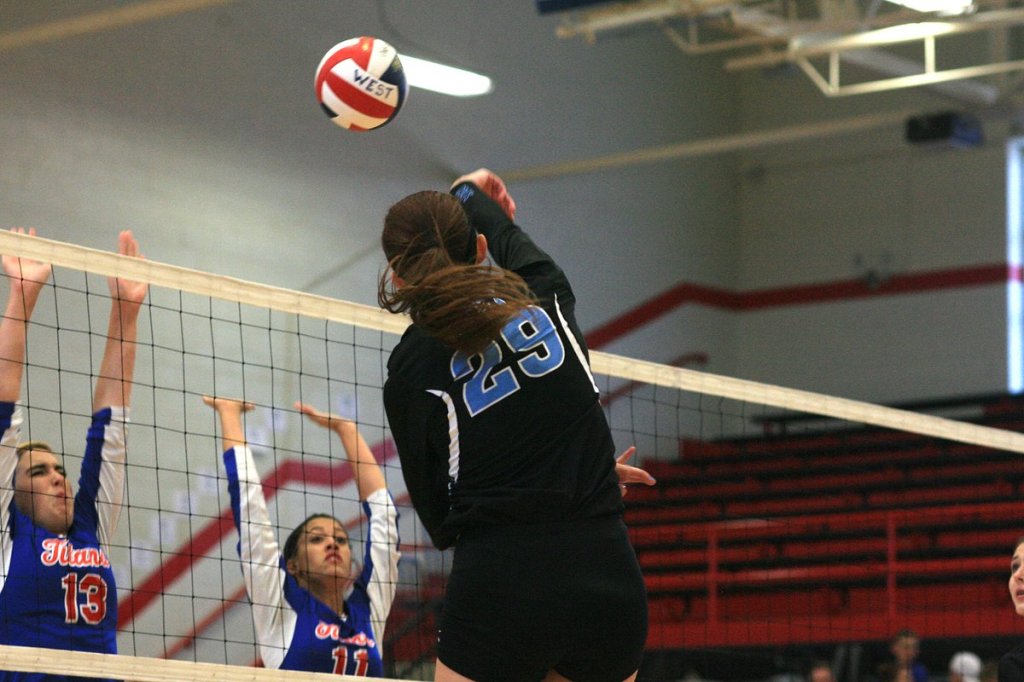 The 12th Region has been put on notice this season as West Jessamine High volleyball continues to churn through the region and the district with unprecedented dominance.

The Lady Colts have not lost a set against a 12th Region opponent this season (11-0, with two wins against Mercer, and wins against both Southwestern and Burgin).

“I think we’re in pretty good shape,” West head coach Bill Bird said following the victory over Mercer. “I don’t want them to get a big head. I want them to stay focused and keep working harder. I don’t care who we’re playing, I take every game serious. That’s how I want them to do it.”

That dominance was on display in the West gymnasium as Mercer had no answer for the strength of the Lady Colts. The Titans briefly led in the second set, 7-6, but couldn’t withstand the continuous attack of West.

As a result, West sweeps the regular season series against Mercer. The Lady Colts have not lost to the Lady Titans since 2005. West will now have its hands full this weekend when they travel to Central Hardin to participate in the Queens of the Court tournament.

The tournament will host several top 25 teams including Christian-Academy of Louisville and Henderson County.

“That top ten is really, really strong,” Bird said. “I think we can play with anybody. We have size this year. I think we’ll fair pretty well.”

The Lady Colts will have a brief respite before they head to McCracken County to play in the Quad State Tournament. Yet again, West will face numerous teams in the top 25.

Of course, that means little for a West team flush with confidence. The trick for consistent success for Bird: finding players that enjoy playing with one another.

“We’ve done a lot of team bonding,” Bird said. “These girls all play club together. They’re all good friends. As far as continuity, or as far as the girls getting along, this is probably the best that I’ve had since I’ve been here. They love each other, and they love playing with each other.”