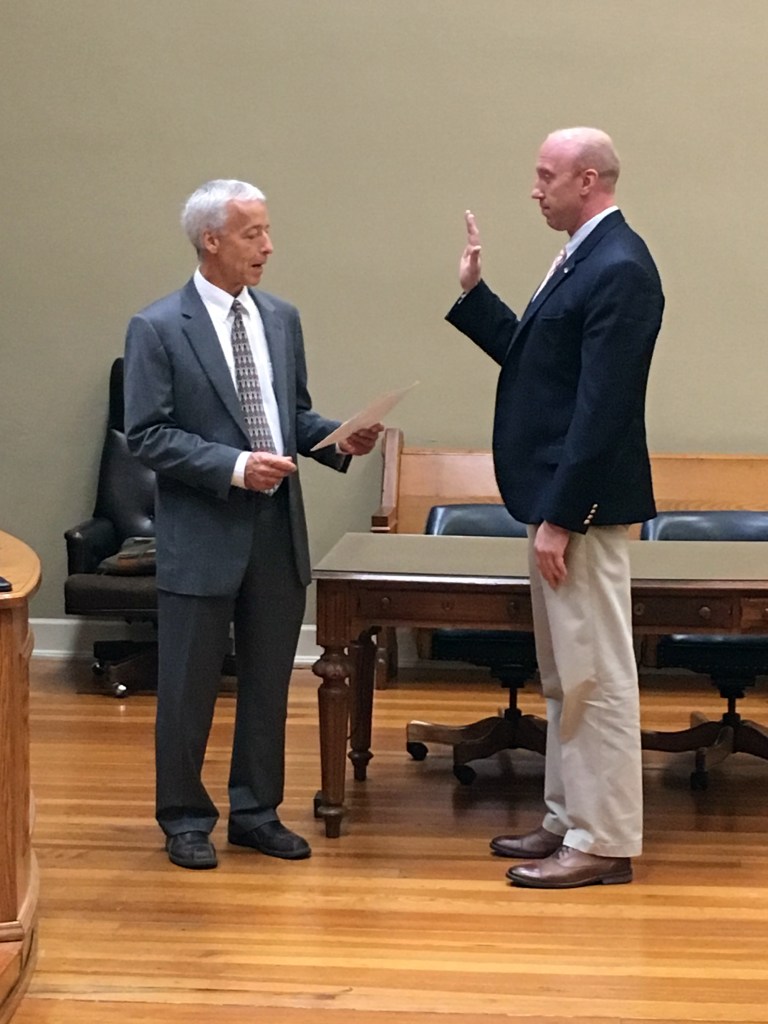 Andy Sims once played basketball on Transylvania’s court, now, he’s trying to win for Kentucky in a different way — as commonwealth’s attorney for the 13th Judicial Circuit.

“I am pleased to appoint Mr. Sims as the commonwealth’s attorney for the 13th Judicial Circuit of Kentucky,” Gov. Bevin said in a press release. “He has served the citizens of Jessamine County well for many years and his extensive experience working in the Commonwealth’s Attorney’s office makes him an excellent fit for this important position.”

Sims has been assistant commonwealth’s attorney for the 13th circuit since 2005.

“I am so fortunate that the Lord has blessed me with this opportunity to serve,” Sims said. “Every day I think of the debt I owe to the people of this judical circuit.”

In 2012, he was presenting a case to the grand jury when he collapsed and his heart stopped. “It was the community of Jessamine County that saved my life,” Sims said. “A local defense attorney, David Thomas, gave me CPR. A local nurse happened to be down the hall when she heard screams, and she came running and helped try to resuscitate me.”

Sims said he was humbled by the amount of support he received by residents of the circuit during his recovery time.

“I can say that in all seriousness that this wonderful community came together to save my life,” Sims said. “The very least I can do is spend my career in service to this community as the commonwealth’s attorney.”

Sims, who graduated from the University of Kentucky Law School, is the chairman of the Multi-discplinary Team on Child Sexual Abuse in Jessamine and Garrard counties. He was also the recipient of the Office of the Attorney General’s “Distinguised service Citation” in 2012.