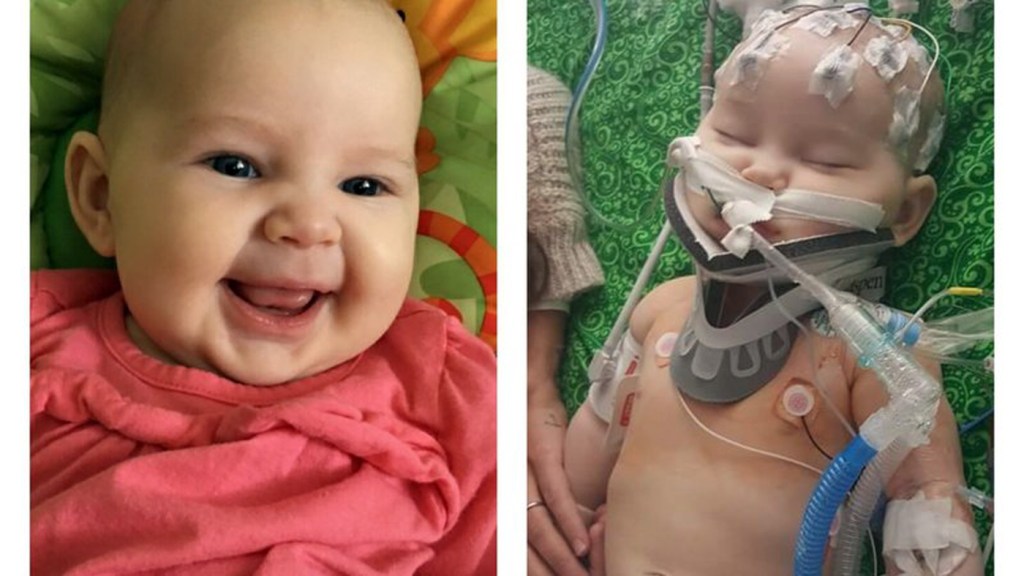 As they await the criminal justice system, the family of 9-month-old Kylie Jo Sizemore is looking for a way to prevent what happened to their child from happening to others.

Kylie was just 4 months old on April 5 when her babysitter, Erin Thompson, 34, of Nicholasville allegedly physically abused her.

Thompson is scheduled for a status hearing in Jessamine Circuit Court on Sept. 29 on charges first degree assault and first degree criminal abuse for a child 12 or under.

When Joe Sizemore arrived, the police report states, Thompson was holding Kylie. The child’s eyes were rolled back, she was limp and not breathing.

He administered mouth-to-mouth resuscitation and she began breathing as the ambulance arrived.

“She had blood coming out of her ears, something was not right,” Lauren Sizemore said in a recent interview last Friday.

Kylie was admitted to University of Kentucky Chandler Medical Center and listed in critical condition. Her aunt said she had a fractured femur, a fractured skull and fractured ribs. She also had a stroke.

Now, instead of going to Cardinal HIll Rehabilitation Center every day, Kylie Jo goes just once a week.

But Lauren Sizemore is not waiting. She’s determined make sure Kylie Jo’s experience mean something, to help prevent this kind of abuse from happening.

According to the police report, the Sizemores discovered Thompson through acquaintances and Facebook.

Sizemore has created a petition to get “Kylie Jo’s Law” passed. The petition was created on Change.org and has been sent to State Rep. Stan Lee, U.S. Rep. Andy Barr and State Sen. Alice Kerr, Lauren Sizemore said.

“This had happened to multiple children under the care of Erin (Thompson),” Lauren Sizemore said. “Who’s to say she doesn’t move away and is able to baby-sit again where no one knows who she is. If she is registered just like a sex offender, we might be able to stop this.”

When Kylie was admitted into the intensive care unit at the University of Kentucky Children’s Hospital, she was put on life support, Lauren Sizemore said.

“We had braced ourselves to understand that it wasn’t going to end well,” she said. “Kylie has to wear glasses now, and the right side of her face is still not as strong as her left from the major stroke she had.”

Lauren Sizemore, who just gave birth months ago, said she is now scared to have anyone watch her newborn.

“(Thompson) was highly recommended,” she said. “My brother asked around and everyone said she was the best babysitter you could find. She was a Sunday school teacher.”