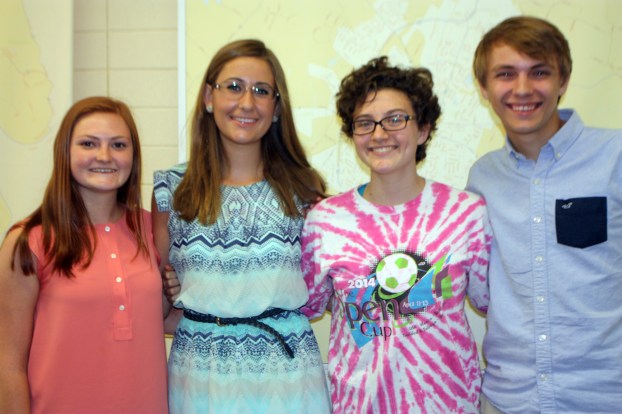 Jessamine County Fiscal Court on Tuesday approved funding for a bike and pedestrian path that would connect East and West Jessamine High Schools.

The funding is divided between the Fiscal Court, Nicholasville City Commission and the school board. Each of the three will pay $174,000 to achieve 20 percent of the cost. A state grant is being sought for the remaining 80 percent.

“We tabled it (funding of the path) until this meeting to see our options,” Judge-Executive David West said. “I’ve spoken to a couple of agencies today that have expressed desire to fund around $75,000 for the project.”

Randy Gooch, public health director of the Jessamine County Health Department spoke with West about possible funding from that agency.

“The thing I can commit to you is going to the Board of Health and seeking their participation in these funds in up to, what I think is one- third of the (county portion of the) funding — $60,000,” Gooch said.

However, Scott Thompson, with Fayette County Division of Planning,  and a senior planner and bike and pedestrian coordinator, said it is not a given the path project will be approved. The state will either accept or deny the application for the Transportation Alternative Program grant.

If the grant is awarded, it will be funded the following fiscal year. Jessamine has never applied for a Transportation Alternative Program grant, Thompson said.

According to Thompson, a study looking at the lack of pathways in Jessamine County  recommends six separate projects. Phase 1 and Phase 2 to connect East and West Jessamine High Schools, would cost close to $3 million.

The application for the path, which is due at the end of September, will be led by the Metropolitan Planning Organization.

One Jessamine resident present at the meeting brought up the need for funding in other areas, like raises for county workers or more vehicles for other departments, and that the pathway could wait.

Rosemary Alden, a senior at West Jessamine High School, spoke on the importance of a walkway for students and the lack of safety in the current situation.

“I think the thing we have to consider is the health of our community and the quality of life that something like this would provide to our community,” Gooch said. “This is a project that can create a culture that will encourage physical activity.”

A recent study showed that Kentucky is one of two states whose obesity rates have increased in the past year, Gooch said.

With a 4.1 percent unemployment rate, Jessamine County is now among the lowest in the state, according to the Kentucky... read more