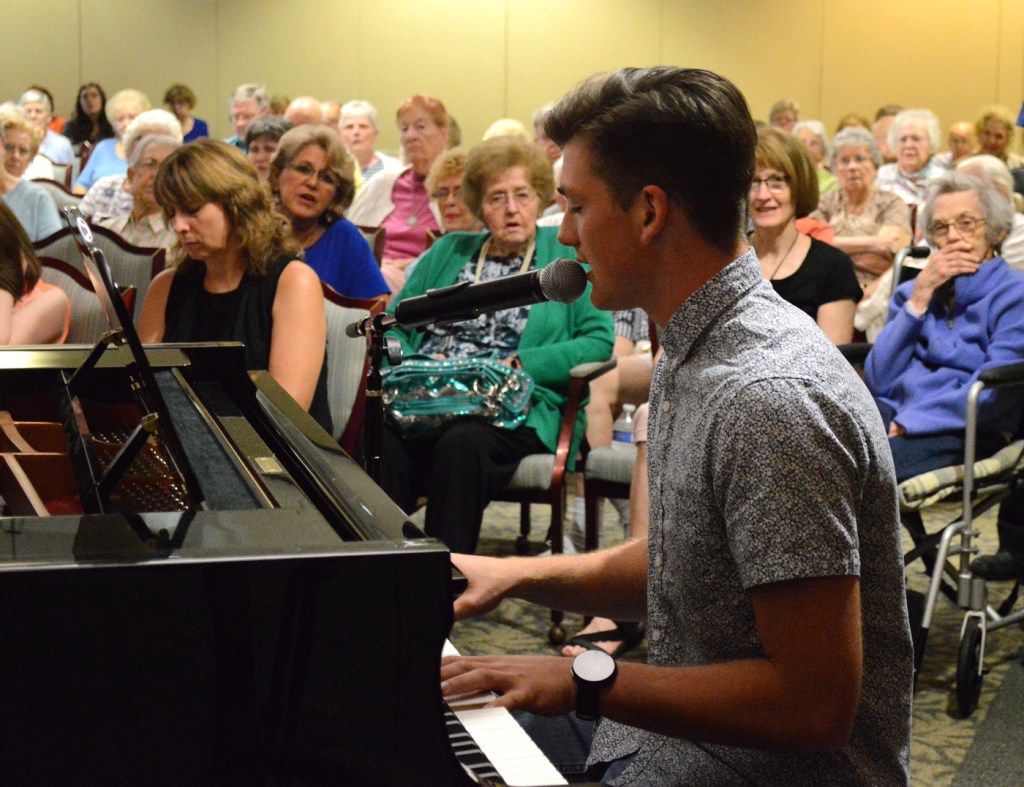 Residents filled the room to hear Johnathan Hutcherson, 16, and Marlana VanHoose, 21 sing a variety of songs.

“It’s been such an honor to get both of them,” said Jody Brock, Owner of Jody’s Beauty & Boutique.

Hutcherson is a Nicholasville native and a resident of Wilmore. Some may know him best for his appearance on NBC’s show “The Voice,” which he just returned home from in March.

Raised in a Christian family, Hucherson said he found his faith early in life. His singing career began in church and evolved to talent shows and other gigs.

“I try to sing anywhere I can,” Hutcherson said. “I love doing it,”

Hutcherson said his whole mission is to point people to Christ. He ended his performance singing “Amazing Grace,” and he encouraged the residents to sing along with him.

VanHoose is a Wilmore native who has traveled the world with her voice and her inspiring story.

At birth, VanHoose was diagnosed with Cytomegalovirus, a virus that can have serious symptoms on those with weakened immune systems. At a few weeks old it was discovered she was blind, her optic nerve never formed. VanHoose was also later diagnosed with mild Cerebral Palsy.

Despite all the challenges she has faced, VanHoose has achieved many feats, such as singing the National Anthem at a University of Kentucky Women’s Basketball game, three NASCAR Sprint Cup Series races and most recently at the Republican National Convention.

“I was very pleased with the performance,” said Virginia Denham, a resident of the Wilmore Senior Center. “It was very good.”