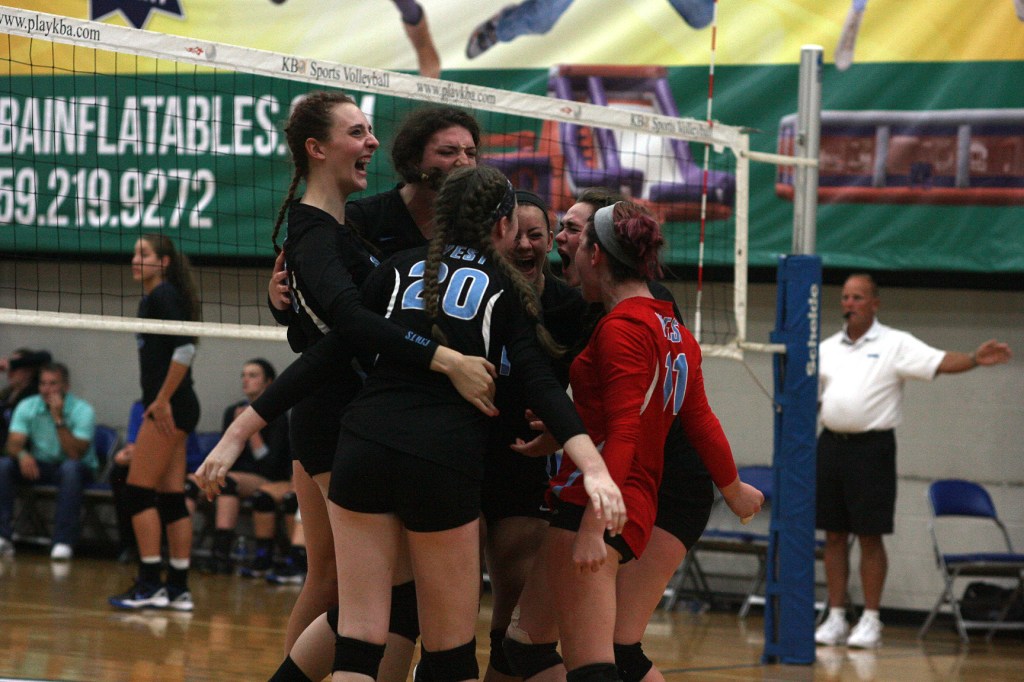 The Bluegrass Invitational Volleyball Tournament hosted by the Kentucky Basketball Association of Lexington proved to be a battle of attrition for the West Jessamine High volleyball team last weekend.

The Lady Colts entered Friday as one of the few undefeated teams participating in the tournament, but they ultimately wrapped up the weekend with a 3-3 record after losses to Campbell County, Cooper and Lafayette. Cooper began the season ranked No. 11 in the Kentucky Volleyball Coaches Association preseason poll.

Southwestern would eventually lose to Henderson 0-3 in the second game of the Volleyball State Tournament.

For West, it was a weekend that tested the limits of mental and physical fortitude; a valuable lesson as the season crests the midway point. The tournament also marked the introduction of competitive round-robin play with both the Queens of the Court and Quad State Tournament approaching next month.

Both tournaments include a bevy of top 25 teams throughout Kentucky and beyond.