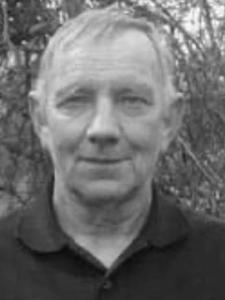 Billy Saylor, 70, widower of Nancy Lou Snow Saylor, passed away Saturday, January 21, 2023, in Frankfort, Kentucky. He was born in Berea on August 21, 1952, to the late Eli Saylor and Cindy Roark Saylor. He is survived by his son, Glenn (Veronica) Saylor; daughters, Carla (Gerald) Dunn, Angie Saylor Hood (Marshall), and Carol Raisor; sisters, Margaret Saylor, and Loretta Jones; as well as eight grandchildren and six great-grandchildren. In addition to his wife, Nancy, he is preceded by three brothers and one grandson. Services will be held at 11:00 AM, Friday, January 27, at Betts & West Funeral Home with Pastor Kenny Speaks officiating. Burial will follow at Rose Crest Cemetery in Versailles. Bearers will be Jeremy Spencer, Marshall Hood, Nicholas Raisor, Damion Spencer, Jacob Spencer, and Robbie Snow, as well as an honorary bearer, Nathan Wells. Visitation will be held the evening prior, from 5:00 – 8:00 PM, Thursday, at the funeral home. Betts & West is honored to serve the Saylor family in their time of need. An online guestbook is available at www.BettsAndWestFuneralHome.com