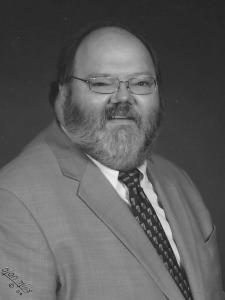 John was a baptized Christian and was a member of Henderson First Baptist Church of Henderson, KY. John spent his early life in Cumberland and Harlan, Kentucky. He attended Cumberland Elementary, Harlan High School, and was a 1973 graduate of Cumberland High School. He worked as a butcher in the Cumberland, Harlan, Middleboro and Lexington areas before continuing his education at Lexington Technical Institute, where he received an Associate of Science degree in Electrical Engineering and then at Western Kentucky University where he received a Bachelor of Science degree in Electrical Engineering Technology. After graduating, John first moved to San Diego, California where he was a Facility Engineer working for General Dynamics Corporation, prior to moving back to Lexington, Kentucky and then to Henderson, KY where he was living until the time of his death.

John loved building and working on computers, loved his animals, liked working jig saw puzzles, and was a big jokester…as he would say “I’m just a big kid at heart”.

Preceding him in death, besides his parents were an infant sister Katherine Lynn Riherd, and step-granddaughter, Raeanna Renee Mays.

Memorial contributions may take the form of donations to The American Kidney Fund.

Betts & West is honored to serve the Riherd family in their time of need. An online guestbook is available at www.BettsAndWestFuneralHome.com