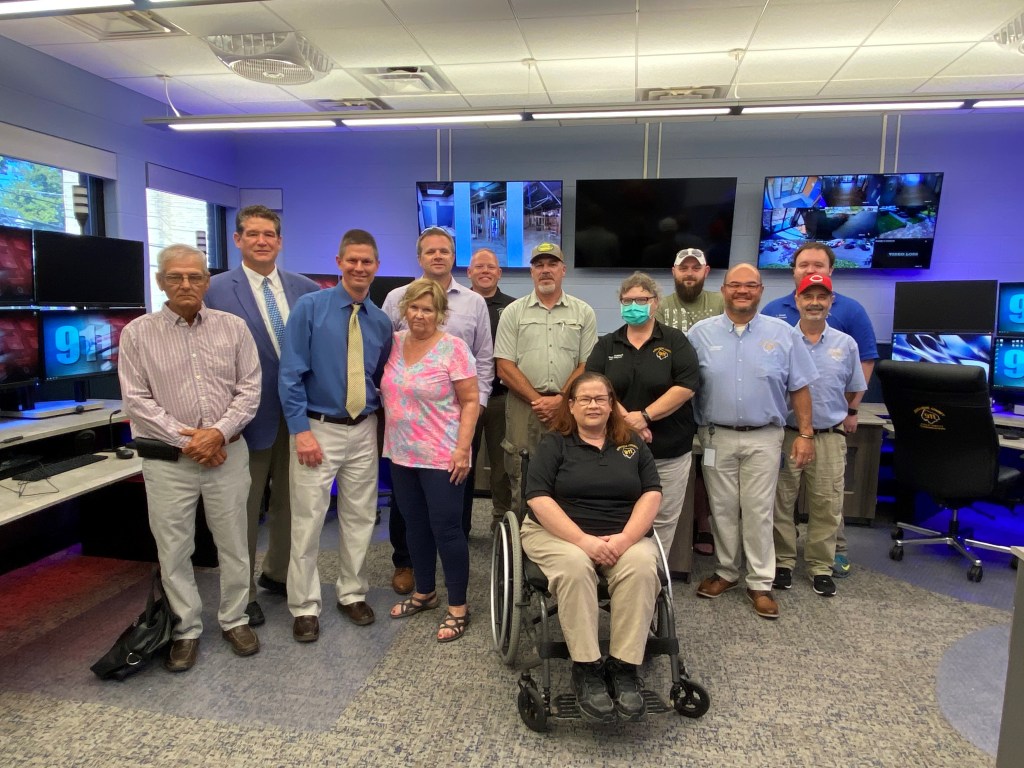 The new E911 facility was designed with the comfort and pride of its staff in mind. (Submitted photo)

The public saw the newly refurbished space for the first time on Aug. 30,  with normal operations resuming the next day.

Jessamine County E-911 Director Chris Bowman expressed gratitude toward the parties who made it all happen.

“We are so grateful to everyone for making this project a success: The fiscal court, all of the contractors, Jessamine Detention Center for helping with the move, EMS Administrative staff, the Jessamine Sheriff’s office for their patience during construction, and most importantly the 911 staff for all of their work during the entirety of project,” said Bowman

This building was remodeled and dedicated as the Jessamine County Public Safety Center in 1997 but has not had any significant renovations since.  In 2003, the dispatch area was moved from one end of the building to the other with new dispatch workstations.

But by 2021, the Jessamine County Fiscal Court realized that it was time to redo the facility for functionality, and they accepted a bid in November of that year. At that point, the Jessamine County E-911 Department started arranging to move to the backup facility in Wilmore so demolition could begin in March 2022.

The Jessamine County E-911 facility is utilized 24 hours a day, 7 days a week, with crews on duty every day. With 19 years of 24/7 use, the space had begun to show that it was time for an update.

Many of the workstations were not working correctly, there were holes in the flooring, and tiles in the bathrooms and ceiling were broken and falling.

The new design corrected many of those problems and much more. It allows for improved work-flow and more space in the dispatch area. The most significant improvement is the addition of a fifth workstation, which will enable E-911 to better handle abnormally busy times by having a spot for another person.

Some of the new features include Xybix workstations with sit-stand (height adjustable) capabilities and individual heaters and fans. The workstations are designed to be very ergonomic and comfortable for public safety telecommunicators.

County officials said that the whole project design was centered around the dispatch area so that the employees would have a space they are proud of.