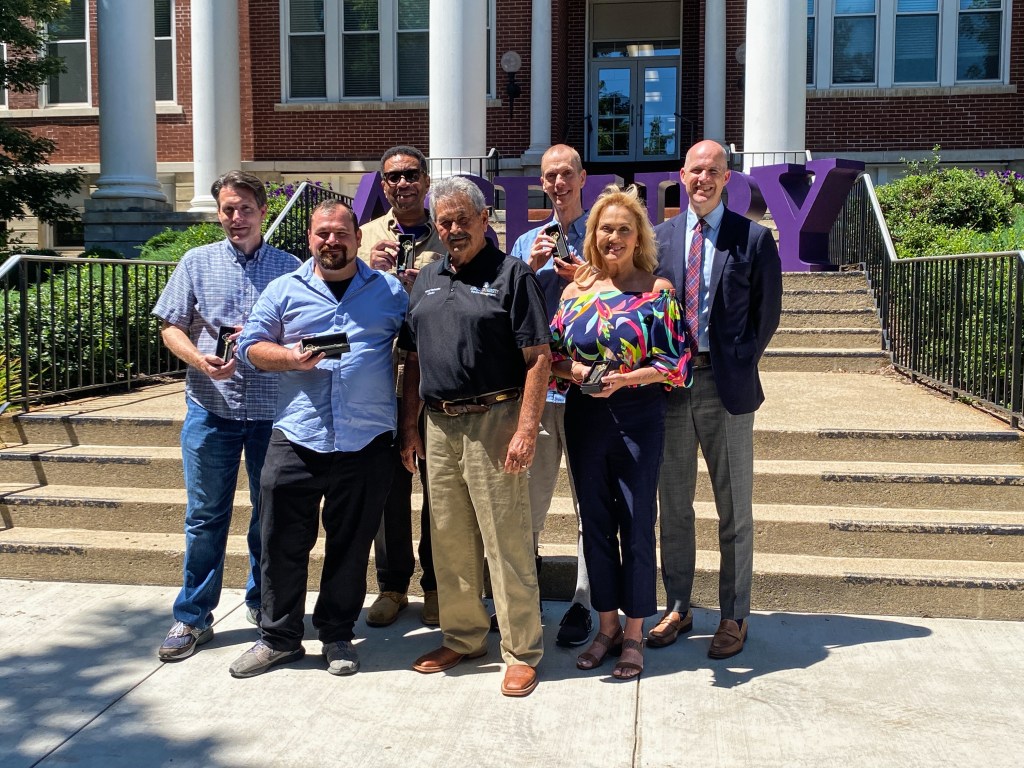 Wilmore Mayor Harold Rainwater gave out several keys to the city in celebration of a TV show filmed on the Asbury campus and the town last Friday.

“Destination Heaven” is a non-secular anthology series centering on different characters whose lives are changed after a visit with God.

The president of Asbury, Dr. Kevin Brown, describes the show as carrying the University’s values of “truth, beauty, and goodness.”

This show was made possible through a partnership between the city of Wilmore, Pure Flix, the university, and noteworthy industry professionals: Harry Lennix (The Blacklist), Dean Batali (That ’70s Show), Doug Jones (Stranger Things, The Shape of Water, Star Trek: Discovery, Fantastic Four), Tonja Walker (General Hospital) and Travis Mendel (A Better Place).

Doug Jones has a legacy connection to Asbury University. His grandfather was vice president 100 years ago. Jones played the mysterious Amazonian river god in “The Shape of Water” or the Silver Surfer in “Fantastic 4: Rise of the Silver Surfer.”

“When our showrunner Dean Batali told me we were going to be filming here, I was like ‘Yes!’,” said Jones. “It’s always lovely to come back to the homeland and be a part of all of you.”

The production wouldn’t have been possible without the students, who make up nearly half of the film’s crew.

Asbury student and soccer player Maliya Crump is one of these students. She spent her summer as a production assistant for “Destination Heaven” and has worked on multiple student films and one other professional project.

“Overall, it’s been really great. It has challenged me and has made me learn a lot very quickly. I kind of joined in late, but I’ve had some experiences from some other past films, so I was able to pick it up really quickly- the language and what was needed of me with this job. It’s been a lot of fun,” said Crump. She’s now gearing up for more student film projects in the upcoming school year.

Brown looks forward to more opportunities like this in the future.

“I really appreciate Dr. Jim Owens; he has so many relationships, and [he] and others kind of brokered this opportunity,” Brown said. “I love it for our students because they hear the theoretical information in the classroom, and then they get to do it, and they get to see it right here on our campus, and I think it’s a beautiful integration of theory and practice.”

Dr. Brown also mentioned a possible premiere at Asbury to celebrate all of the students and locals who made the series possible.