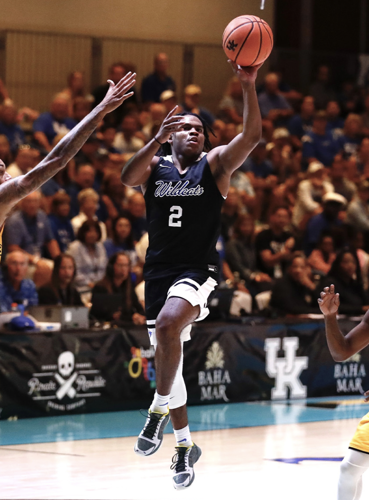 Kentucky’s basketball team faced its toughest challenge in the Bahamas on Sunday, but still won by double figures and ended the tour with a perfect 4-0 record.

The Wildcats closed out the four-game Bahamas Tour with a 98-74 win over the Bahamas National Team at the Baha Mar Resort.

“I thought it was an unbelievable trip,” Kentucky assistant coach Orlando Antigua said. “For the team-bonding aspect of it, from the competitive side of it and just from practices and the things we were able to do. We got a chance to see some different lineups and try a couple different things, defensive schemes. We kept it pretty basic offensively, but it was a very positive week.”

Kentucky improved its record to 14-1 in games on the tour, which the Wildcats have been a part of every four years since 2014. Kentucky eclipsed the century mark in the first three games in blowout wins over the Dominican National Team, Monterrey Tech and Carleton University.

For the first time of the tour, Kentucky trailed in the game. Bahamas led 32-24 with 5:28 remaining in the first half. The Wildcats regrouped and led 41-40 at the half and Sahvir Wheeler’s layup at the buzzer. Kentucky never trailed again, stretching the lead to double figures early in the second half.

Antonio Reeves led the Wildcats with 22 points and knocked down four of the team’s seven 3-pointers. Wheeler added 21 points and Jacob Toppin contributed with 20 points. Oscar Tshiebwe had a double-double with 11 points and 12 rebounds.

Reeves was named the Most Valuable Player of the Tour and averged a team-high 17 points per game. He made four or more three-pointers in three of the team’s four games.

“It’s definitely a rewarding feeling,” Reeves said. “I’ve been working hard this summer just being in the gym two or three times a day practicing, so it feels good when you put in that work and it shows on the court.”

Kentucky keeps rolling in the Bahamas

The Wildcats reached the century mark for the third straight time in a dominating 118-56 win over Carleton University (Canada) Saturday night at the Baha Mar Resort. The Wildcats conclude the tour at noon Sunday against the Bahamas National Team.

“Jacob has been working hard,” Reeves said. “It didn’t surprise me at all. I knew he was going to make shots.”

Reeves, a transfer from Illinois State, followed Toppin with 23 points and missed just three shots from long range on eight attempts. He made back-to-back treys in the first half, both of which helped the Wildcats stretch the margin beyond reachable limits.

“I was just getting into a rhythm,” he said. “The ball was just going in every time I shot it.”

Reeves credits his early success on the tour to his teammates.

The Kentucky guard admitted that he wasn’t nervous about being surrounded by top-to-bottom talent on the Wildcats’ roster when he arrived in campus.

“I’ve been playing college basketball for three years. I didn’t worry about that too much, because I knew I could play basketball.”

Sahvir Wheeler followed Toppin and Reeves with 17 points, while Cason Wallace rounded out four players in double figures with 15 points for the Wildcats. Oscar Tshiebwe had eight points and grabbed a team-high 13 rebounds in 22 minutes of action.

Kentucky forced 28 turnovers, collected 22 steals and scored 45 points off the Ravens’ miscues. The Wildcats scored 39 points in transition and 64 points from the bench. 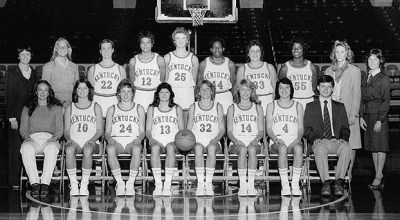