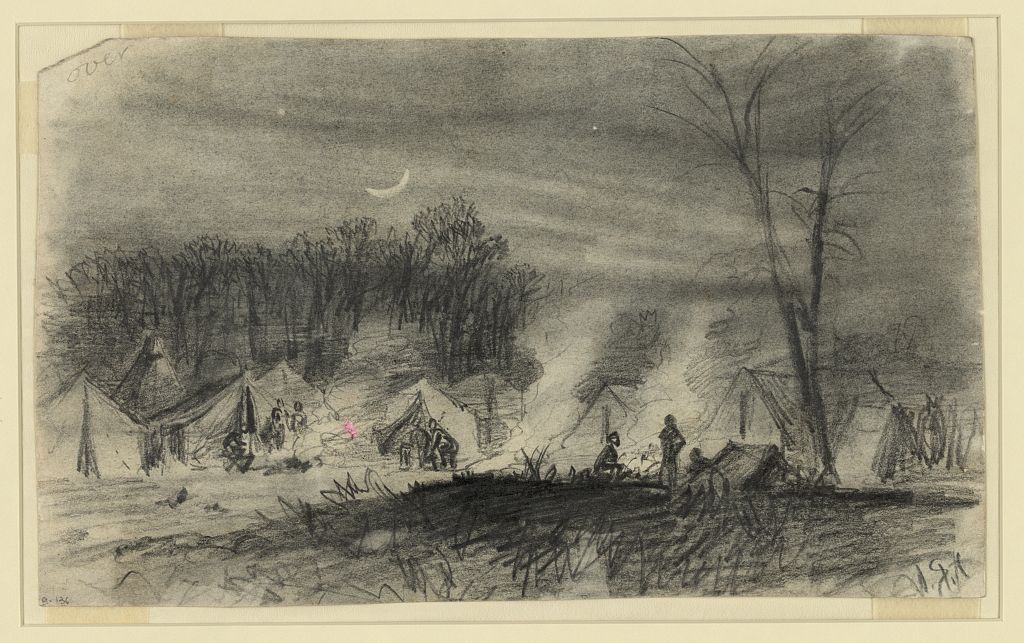 (Photo courtesy of The Library of Congress)

Stop working on that time machine. Instead, join a trip to the Civil War era at the Camp Nelson National Monument.

Camp Nelson is holding a commemoration of the 159th anniversary of the Knoxville Campaign on Saturday, August 13.

This national park, separate from the Camp Nelson National Cemetery, is integral to Kentucky’s story in the Civil War. The 1863 Knoxville Campaign successfully liberated East Tennessee from the Confederacy, having launched from Camp Nelson, where Army of the Ohio soldiers stayed and prepared until leaving for the battles in Knoxville.

“It started as a supply depot really in the late spring/summer of 1863, and that’s why this site grew exponentially during that period in order to supply enough horses, mules, fodder, food, ammunition, and weapons for what was known as the U.S. Army of the Ohio.” Said Steve Phan, Public Information Officer at Camp Nelson. “Camp Nelson is really interesting. It’s got a pretty unique civil war service cause it really starts as this army supply depot but also a recruitment center. I think a lot of people know about that, for African American soldiers, but there were a lot of white soldiers from East Tennessee in Eastern Kentucky that enlisted in Camp Nelson as well.”

The Knoxville Campaign was a political priority for Abraham Lincoln and his administration. In January of 1863, Lincoln signed the Emancipation Proclamation- this was during the Civil War. But this didn’t go into effect in Kentucky, as it stayed a slave state, and Kentuckians fought for the Union and the Confederacy.

Before and during the Knoxville Campaign, Kentuckians still owned people. Camp Nelson utilized enslaved people to build the very foundation of the grounds, including fortifications and roads. Black men were first allowed to be Enlisted in the military in 1864, and Camp Nelson was the largest recruitment and training center in the United States for Black men.

“When people here camp and think ‘oh there were just a few soldiers there, no, it was an army base, it was a massive 4,000 Acre army base that had 300 buildings and could support tens of thousands of men that were in the field,” said Phan.

To learn more about stories from Camp Nelson during and after the Civil War, visit Camp Nelson this Saturday from 7pm to 8:30pm. This event is free of charge, and the hike is of moderate difficulty starting at the Visitor’s Center. The walk is mostly via accessible paved walking trails with some grassy pathways. Be sure to bring comfortable shoes and water.

“It’s a really great way to understand the complexities of the civil war at this site.” Said Phan. Go to hear unique and untold stories of Civil War Era Camp Nelson.

The park is located six miles south of Nicholasville along Highway 27 and directly north of the Camp Nelson National Cemetery.

Head to the Camp Nelson Website to stay up-to-date on upcoming events: https://www.nps.gov/cane or its Facebook page at https://www.facebook.com/campnelsonnps

Its next History at Sunset event is Friday, August 26, from 7:30pm to 8:30pm. National Park Service staff will tell campfire stories of the daily lives of soldiers during the Civil War. The experience will mimic the sights and sounds of a bustling army base that held thousands of people and animals 159 years ago. Bring blankets and chairs if planning to attend.