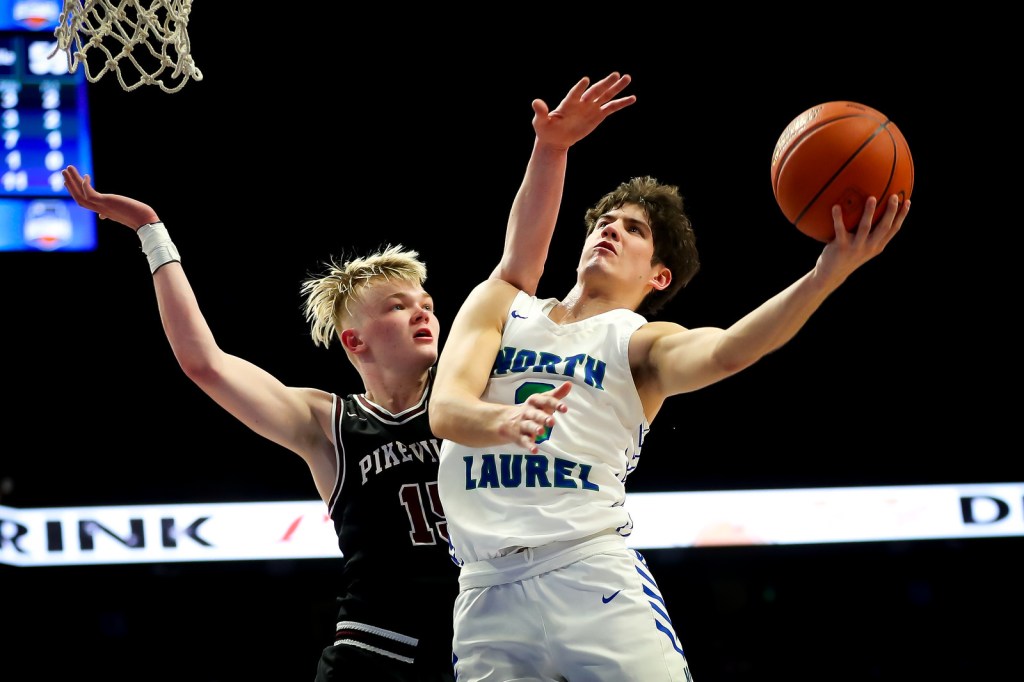 Krysten Peek is a NBA draft analyst for Yahoo Sports and a contributor for Rivals.com so she covers high school, college and NBA basketball.

She was the first to predict that Shaedon Sharpe would not be at Kentucky for the 2022-23 season immediately after he signed with UK. She also noted three months ago that UK’s NCAA Tournament loss to Saint Peter’s had not hurt its national brand with high profile recruits.

“He is really good and I told him I had seen his team just a little bit throughout the last year and seeing how they just controlled the game against such a talented team was very impressive,” said Peek. “He is so good.”

“I told him I cover high school to college to the NBA draft. I said, ‘Now that we have me there will likely never be a time in your career you won’t see me.’ He is such a nice kid and such a good player,” Peek said.

The 6-3 Sheppard is the 20th-ranked player in the 2023 recruiting class by the 247Sports Composite. He’s climbed in the rankings after his commitment to UK and likely will climb again after his play this summer.

Peek isn’t sure if the Las Vegas game was a “national breakout game” for Sheppard because she’s not sure how many fans are watching ESPN/AAU summer basketball.

“I think his coming-out part is still ahead,” Peek said. “I think it was a good benchmark game for people who already knew his game and tuned in to see what he was like. I am sure Kentucky fans expected him to play well and really had to like what they saw.”

What impressed her the most about Sheppard?

“His poise and he was not intimidated by the talent on the other side,” Peek said. “I know it was the end of the AAU season and they were all tired but Reed and his team were still competing at a high level and that was impressive.”

Did anything surprise her about Sheppard?

“Yes, the way he could find spots with his size. He could split the defense and make the right plays,” she said. “He and Rob will fit well together at Kentucky. Reed plays the right way and is so unselfish. Rob is great at getting downhill. They are different players. You can’t compare them but they can complement each other very well. Reed is a great plug and play guy. He can play on the ball or off the ball. He can hit the 3. He will rebound. He anticipates well on defense. He has a great IQ. He is just really good.”