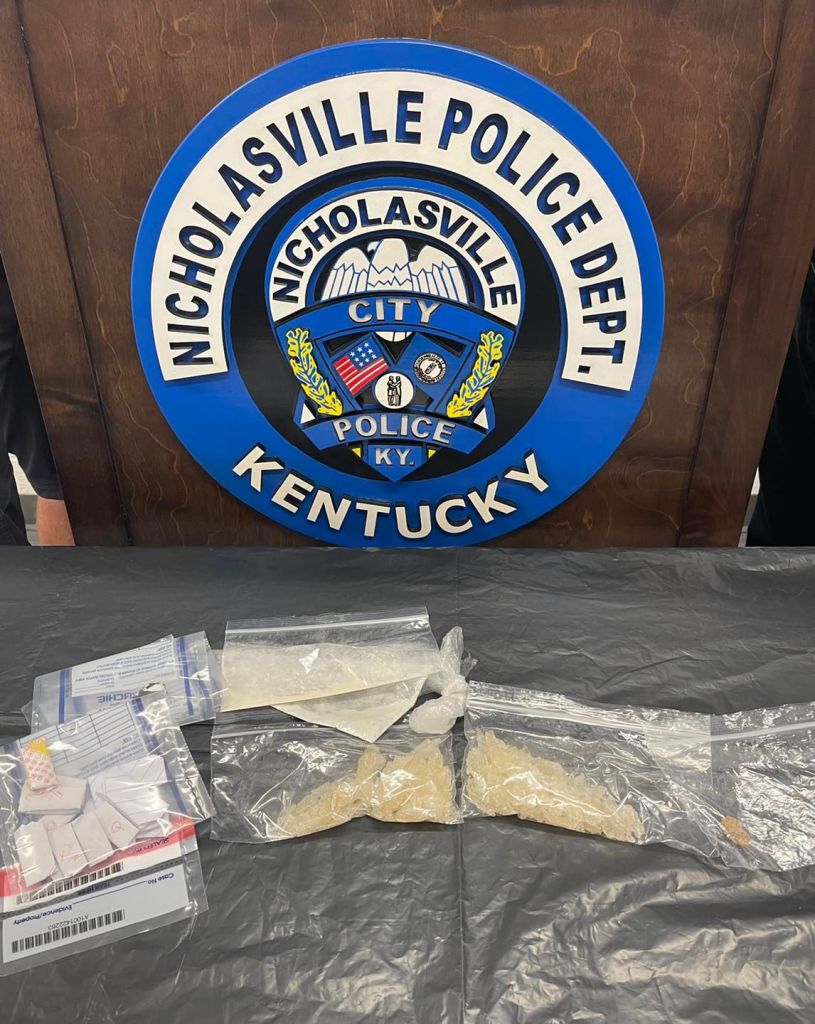 By Sophie Griggs and Warren Taylor

The Nicholasville Police Department seized over 100 grams of illegal drugs during a traffic stop on Monday, according to a news release posted on social media.

In the post, the NPD stated that during an operation a “traffic stop was made and approximately 78 grams of methamphetamine and 23 grams of heroin were seized from within a vehicle.”

The police department said it was assisted by the Jessamine County Sheriff’s K9, Macho.

42-year-old Shannon Powell was arrested during the operation and charged with two counts of 1st degree and one count of 3rd degree drug trafficking, and possession of marijuana. Powell also faces numerous other charges.

She is currently being held at the Jessamine County Detention Center on an $11, 270 cash bond. Powell is scheduled to appear in court on July 5.

GED students walk across the stage at graduation for…