Hamilton Running for U.S. Senate; Republican Grew up in Wilmore, Was Inducted into Jessamine Athletic Hall of Fame 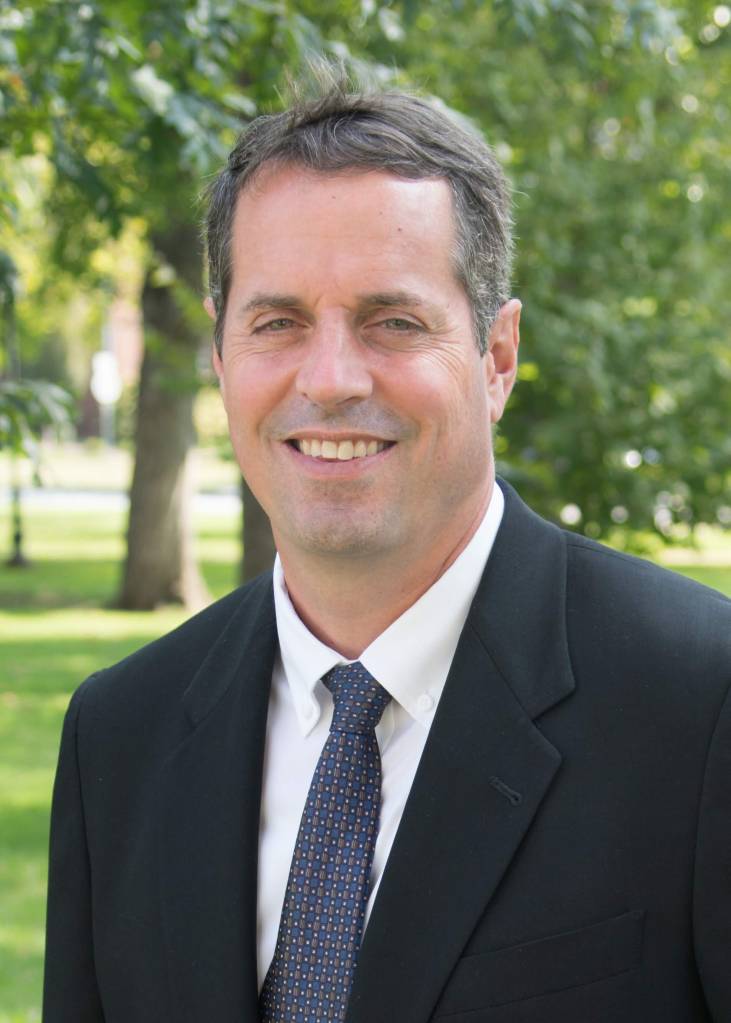 US Senate candidate Paul Hamilton grew up in Jessamine County. Hamilton is among the Republican candidates looking to take over Rand Paul’s U.S. Senate seat by defeating the incumbent in the May 17 primary.

Paul Hamilton is among the Republican candidates looking to take over Rand Paul’s U.S. Senate seat by defeating the incumbent in the May 17 primary.

Hamilton is a product of Jessamine County, as his parents moved to Wilmore to teach at Asbury College.

Since Hamilton is unique among a wide field of US Senate hopefuls because he’s local, the Jessamine Journal asked the candidate a few questions to help readers learn about him. We took a Rolling Stone approach, well, back when Rolling Stone mattered, by using that magazine’s popular question-and-answer format. His answers are below and are lightly edited for space.

Question: Tell us about yourself — you grew up in Jessamine County? Professor at Asbury College?
Answer: Yes, my parents, Victor and Shirley, moved to Wilmore in 1971 to teach Old Testament at Asbury College. As a couple. they impacted literally thousands of students going through Asbury. I attended Jessamine schools, and am still running into my former teachers today — Mr. Beatty, Mrs. Braden, and Mr. Daughtery — to name a few (I still can’t bring myself to call them by their first name).

To most people who knew me growing up, I am “the runner.” My dad was big into sports and got me started into running in elementary school. I met many of my best friends through cross-country and passed along the running tradition to my kids. I was runner-up at the State cross-country meet to a guy, Jimmy Herald, who went on to run a 2:14 marathon on the US National team — hey, I ran a 3:07 at the Marshall Marathon qualifying for the 2012 Boston marathon. I won the AA 3200 as a sophomore and AAA 1600 (mile) as a junior and senior.

It was an honor to be inducted into the Jessamine Athletic Hall of Fame a couple of years ago. I asked one of my daughters what she thought it was like to (arguably) be the greatest male athlete in Jessamine history. She answered that she didn’t know but would ask Jarrod Polson next time she saw him at church.

I’ll fast forward the next 25 years — I ran track and cross-country at University of Kentucky, worked at Tokico as a production engineer in Berea, married Ann, got a doctorate at IU-Bloomington in Economics (Bobby Knight was fired during my time there which was one of life’s guilty pleasures as a UK alum). I taught Economics at Rose-Hulman, DePauw, (we are) Marshall, Asbury and Midway University.

Q: Tell us about growing up in Jessamine County. Where did you go to high school? What year did you graduate? Where is the best place to buy a hamburger and fries?

A: A lot has changed in Jessamine in 50 years. Some of my best memories were running around the fields behind our home in Wilmore with my friends — Mark, Jerry and Kent. My parents are still in the same home today, but those fields are now Talbott subdivision. Every school I attended is now something else — my kindergarten at Wilmore United Methodist Church is a thrift store, Wilmore Elementary is now the City Hall, Jessamine Junior High is JELV and “the Jessamine County HS” is now WJHS.

Best burger and fries? My kids and the college students who eat there every day may disagree, but for $4.50 all-you-can-eat, I’ll take the Asbury cafeteria!

Q: How old are you? Where do you live (town or city)? Wife, family?

A: I graduated from Jessamine High School in 1987, so I’ll let the readers do the math. Ann and I were married for 25 years and have four children — Bethany, Holly, Rachel and Zach. They are amazing people who are changing the world for Christ right now. Bethany graduated from Asbury and is in the Wheaton College clinical psychology doctoral program, Holly is our business-as-missionary studying at Gordon College, Rachel is headed for Hollywood and Zach is right behind her as our theater people.

Q: Have you ever run for public office before? Offices held?

A: This is my first campaign — why not shoot for the top, right? Like many people, I came to associate politics with partisan bickering, over-promises to get elected, attacking your opponent as an enemy, and having to wear a suit every day. As an economist, I am keenly interested in policy that makes people’s lives better.

I detail my policy goals on my campaign site, PaulVHamilton.com. There are a handful of issues that I believe we can get broad consensus. For example, many immigrants can get a work permit but cannot get a driver’s license, auto insurance or private health insurance. If people are here to work, they need to have these privileges. As a macro-economist, I have a detailed vision for how to greatly simplify the tax code while restoring fiscal balance. But my grand plan will have to be implemented incrementally with each step proving its worth.

Q: Are you aware that the odds, to turn a phrase from the movie Hunger Games, may not necessarily be in your favor since Senator Paul is the incumbent, a former presidential candidate, prodigious fundraiser and has gained a national following based on his intense questioning of Anthony Fauci?

A: Well, Katniss flipped the odds in The Hunger Games. In the last Kentucky senate primary, an unknown candidate with no money almost ran down the front-running democrat, so maybe I’ll “pull a Booker” and surprise some people. Yes, the singular metric of most votes over a well-known (not necessarily popular) incumbent is a high bar. But we are focused on changing the discourse from conspiracy to conversations, to bringing real policy solutions, and returning to civility and decency in politics and life.

Q: So that begs the question, why sign the line to run for US Senate?

A: The three main themes of my campaign are — compassion, action and truth. In a year when Roe vs. Wade is likely to be overturned, I challenge my fellow Republicans that our zeal for pro-life legislation be dwarfed by our compassion for women in crisis. Actions must rise to the level of the challenges we face — Senator Rand Paul wants to focus on the $475,000 salary of Dr. Fauci rather than the $2 trillion deficit.

Some of my fellow Republicans are still calling No. 45 their President. May I offer a more suitable role model — No. 16 (Abraham Lincoln), The GOAT, a lanky Republican, like myself, who symbolizes leadership that was honorable, made the hard decisions to make America great once and for all, and gave his life so that others may live. For those wearing Let’s Go Brandon shirts, I offer the unsolicited advice to not mistake vulgarity for wit.

To be clear — I am a true Republican who will strive to instill conservative values and conservative economics in our nation’s policies. When someone tells me that they are a Democrat, I reassure them with Romans 3:23, For all have sinned and fall short of the glory of God. Half-joking aside, I believe that government has an important role in some areas. Other than Rep. Massie, we don’t claim that public school teachers are part of a communist takeover of free society.

Q: Since you are an economics professor, what are your thoughts on the current inflationary cycle, generally speaking? Do you think rising prices, gas price hikes and federal interest rate increases bode well for a struggling economy?

A: My go-to metaphor for monetary policy is lion taming. In the circus ring, it looks impressive as the lion tamer cracks the whip and the lions obediently jump on boxes and through the hoops. But when the beast turns, we are no longer in a tent, we are in the jungle. You don’t see anyone with a whip challenging the king of the jungle on their turf? The inflationary beast is not going to be brought into line with 25 basis-point interest rate hikes or anything President Biden proposed in the State of the Union. We are in for a few years of significant inflation!

Q: Lastly, what is special about Jessamine County?

A: I am a “count your blessings” guy and that is easy to do when you are from Jessamine County. I’m looking forward to sitting down with old and new friends and talking about politics, economics, and life. Please contact me through PaulVHamilton.com or Hamilton4Senate@gmail.com to set up a conversation.

Nicole Bowman-Layton and Miles Layton of Bluegrass Newsmedia wrote this story for the Jessamine Journal.

COLUMNIt was always meant to be