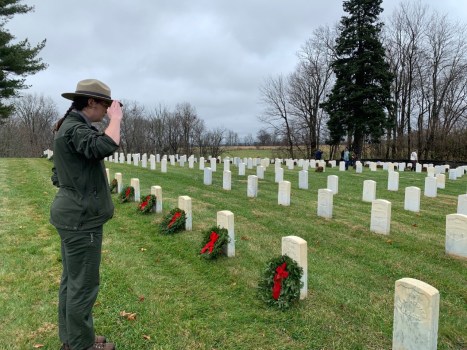 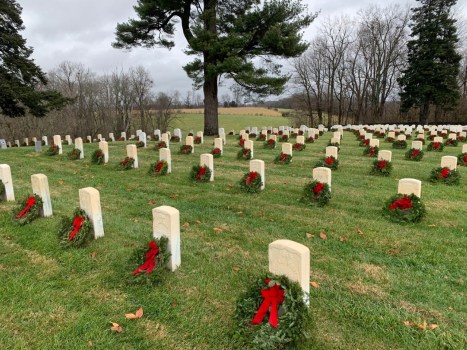 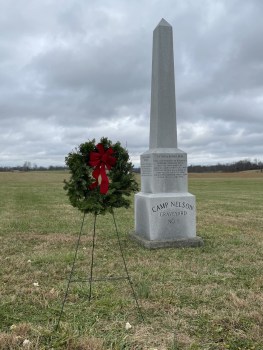 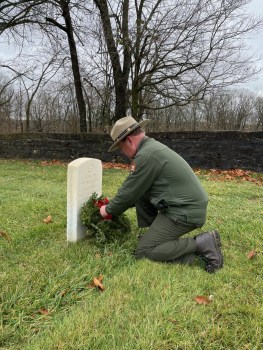 Superintendent Ernie Price laying a wreath at the grave of a United States Colored Troop soldier who enlisted in the US Army at Camp Nelson during the Civil War. 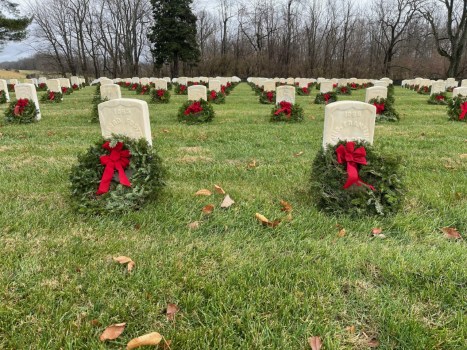 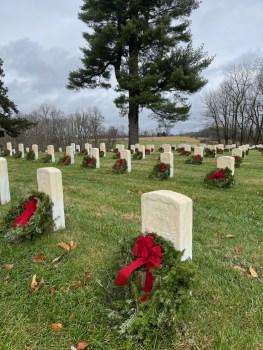 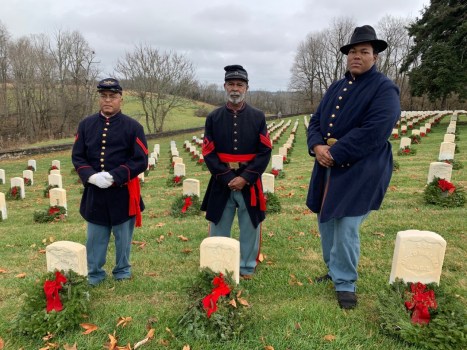 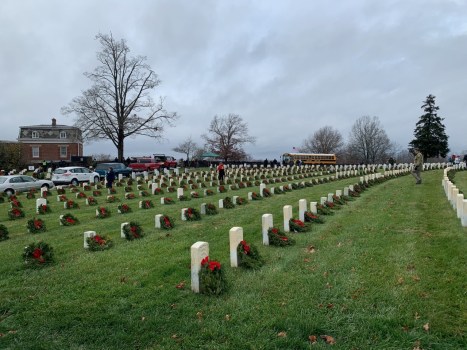 The Wreaths Across America program saw volunteers and attendees laid wreaths on the graves of veterans throughout the burial ground, with the intent to honor all who serve and teach the value of freedom.

Nationwide, Wreaths Across America sponsored approximately 17,000 wreaths this year, with around 2,500 other wreath-laying ceremonies total.