Nicholasville PD building to be complete this year 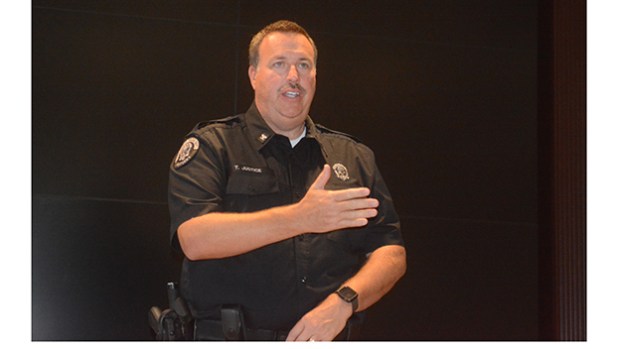 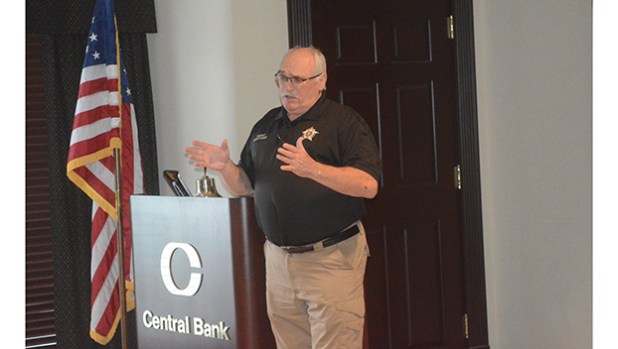 Located on 717 North Main Street, the new police station will have approximately 25,000 square feet of space.

“The department we’ve been working in was one we moved to in 1983,” said Justice. “We share it with the fire department and, ultimately, It’s just not big enough.“

The new station will have two floors – a main floor and a basement below. The main floor will be where the public will interact with officers the most, housing the lobby. This floor will also be home to a conference room with capacity of approximately 100 people. City commission meetings will take place in this room going forward once construction is complete.

The basement floor will include an evidence room, a fitness room, a break room and a storm shelter.

Justice and Jessamine County Sheriff Kevin Corman discussed the ongoings in the community and within law enforcement during the meeting.

Justice discussed community outreach projects to help form a more positive relationship between the police and the community.

“It leaves a negative impact on children when, to them, we come and take mommy or daddy away. Or we come and open a death investigation on mommy and daddy.”

In addition, the police department is continuing to supply local schools with student resource officers. According to Justice, these officers have been successful in building positive relationships with local youth. He noted that many students have begun reporting problems they’re having to officers they previously didn’t have the means or the trust to report.

“We have all the same crimes big cities have, just at a smaller scale,” Justice said, touching on issues the city and the county are currently facing.

One such issue, Sheriff Corman noted, involves scam callers preying on the elderly.

“We had an old woman call, telling us they made her go to Walmart to buy gift cards,” said Corman. He explained that scammers will have victims read off of the numbers on these cards, making away with the card information and the money associated with it.

Additionally, drug use in the community has continued at a steady rate. Corman said that in years prior, heroin was to most common drug in the community. However, suppliers started lacing the drug with fentanyl, which Corman says takes very low doses to cause an overdose.

The most common drug is now meth that is starting to be laced with fentanyl, Corman said. Justice added that EMS has to do Narcan runs about four or five times a week. However, Narcan has remained easy for individuals to own. Drug users who overdose while with someone else have a much higher chance of survival if they have Narcan on hand and administer it immediately.

Corman said both departments deal with an increasing amount of drug issues within the community. The sheriff then commented that, as far as law enforcement training goes, it doesn’t make sense to have the two departments train separately, or have two separate response teams. While he doesn’t suggest the two entities be merged, he does hope both can cooperate more going forward.