That’s our kids up there on the big screen!

This year the West Jessamine High School Chamber Singers had the honor of performing the national anthem virtually before each game of the boys’ Sweet 16 state basketball tournament, and their video will also be shown during the girls’ tournament this week.

Fans of the school’s chorus can watch and listen to the teens singing “The Star-Spangled Banner” by going to YouTube.com and simply searching for WJHS National Anthem.

Performing for the Sweet 16 is a goal Brett R. Burton, director of choral activities, and older students in the choir have had for three years.

And, it seems, the third time was the charm.

Burton explained that the Kentucky High School Athletics Association asked that the singers perform the national anthem for the championship game in 2019, but it was on a Sunday rather than on Saturday, as it had been in years past, and Burton had another obligation, with his church, so he had to turn it down.

Then in 2020, West Jessamine was invited again, and Burton’s church gave him its blessing to do it. But then the coronavirus pandemic struck and prevented the students from performing.

But this year, the KHSAA called Burton and asked if the choir could put something together quickly, “sort of like a Zoom call, a virtual choir event” for the national anthem.

That they could do.

“We do a Veterans Day program every year, and it’s pretty much one of our standards,” Burton said. “So as soon as I was able to get the students back in school for a week, we were able to start working on it and pulling it back together again.”

John Mark Vanderpool, an IT guy for the school, helped with the audio recording and then the video, and they sent it off to KHSAA.

Burton said he and the students were happy to be able to make the video for the KHSAA.

“I think they also want to use it for the state wrestling championships,” he said.

“We told them use it for whatever you all want,” Burton said. “We were honored to get the opportunity to do it, so use it anytime you need it.” 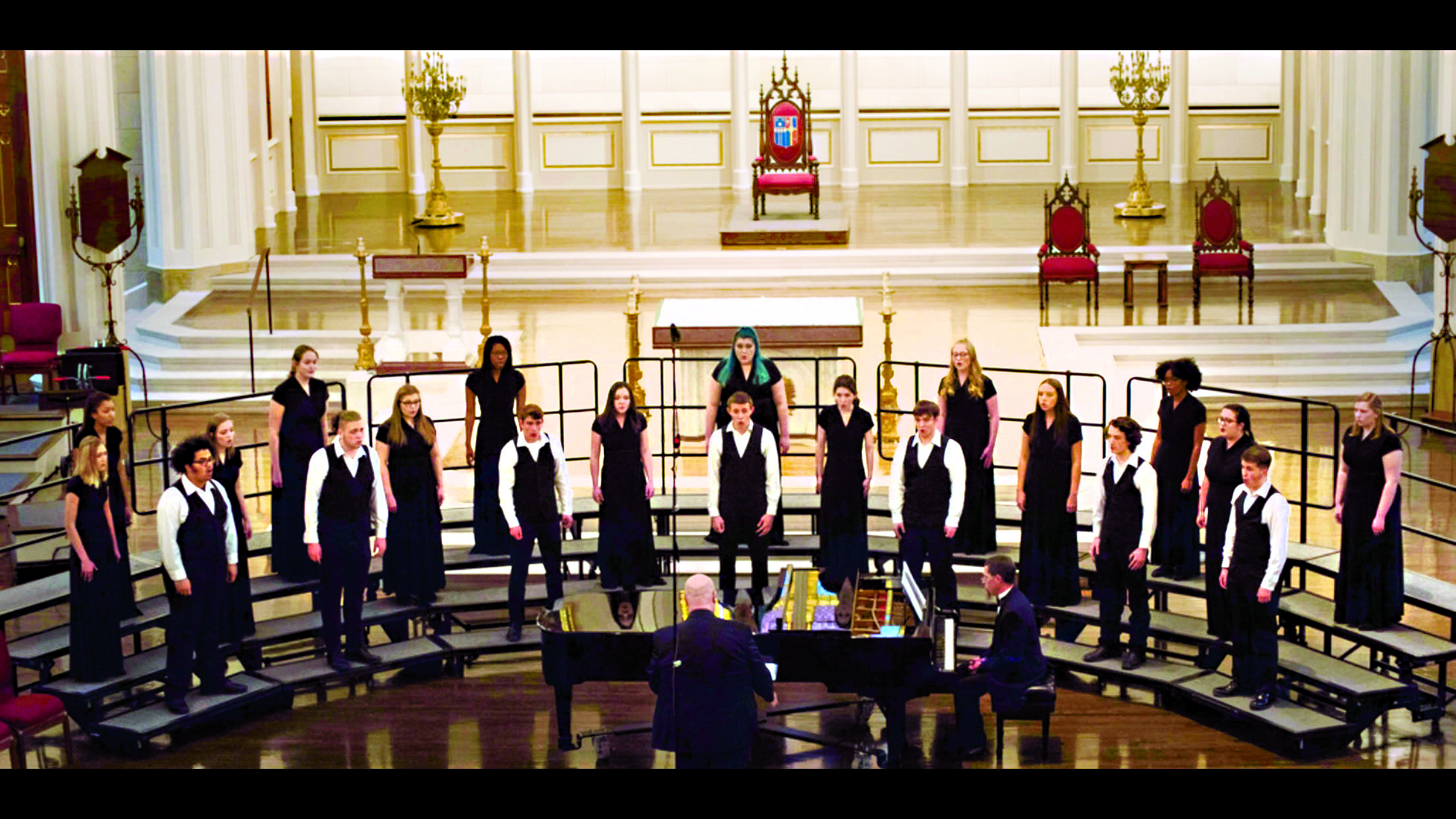 In 2020, the West Jessamine High School Chorus performed in the Kentucky Music Educators Association Conference in Louisville at the Cathedral of the Assumption. This year the chorus performed the national anthem virtually for all the games of the boys’ Sweet 16 state basketball tournamet. (Submitted photo)