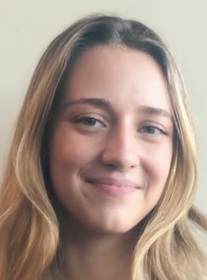 ANDERSON: There’s no good reason not to wear a mask

Out of the corner of your eye, you spot a brown-haired, six-foot-tall, human symbol of perfect right there, among the canned Del Monte sweet corn.

Where has this beautiful man come from in the middle of quarantine? More importantly, do you look presentable enough to approach this Greek god on a Monday afternoon?

Suffering from moderate-to-severe acne and crippling low self-esteem, you lower your four-pack of peas in defeat and lament the newfound future that you see with him. If only there was something that could relinquish you from the excruciating and eternal embarrassment of your facial features…

Not only does wearing a mask heighten your confidence when talking to Greek gods, but it also lowers the spread of COVID-19.

“Cloth face coverings are one of the most powerful weapons we have to slow and stop the spread of the virus,” said CDC Director, Dr. Robert R. Redfield, “particularly when used universally within a community setting.”

To really drive home the idea of the blatant efficiency of masks, in early June, Health Affairs released a study that was done to prove that masks are a possible way to end the coronavirus.

“…a peer-reviewed healthcare journal, found that masks prevented as many as 230,000 to 450,000 COVID-19 cases…” said a Hartford Healthcare article.

Clearly, individuals should start taking this mask issue seriously, because a major world health corporation strongly advocates for it. Hopefully, that travels to the “important” category in people’s brains.

However, there is an … interesting … group of people who think defying the greater good of America is just a casual mid-day activity.

I like to compare these people to a scenario when a group of kindergarteners has free time and the teacher says not to talk loudly or there will be no recess.

You guessed it. They are the ones that ruin recess. If recess was peoples’ lives and well-being.

The notorious and nuanced catchphrase, “I woke up in a free country,” was uttered by a Costco shopper in Michigan amidst his gracious exit from a store.

Apparently, his inability to wear a mask cost him his precious and long-awaited Costco trip that, obviously, everyone dreams about.

So, as anyone would expect, he was pretty upset.

Now, yes, we as humans have “certain unalienable Rights,” but do those simple rights negate the decency of humanity?

Have the unalienable rights permitted a death sentence to others?

In opposition to the absurdity that is mask retaliation, Redfield says, “All Americans have a responsibility to protect themselves, their families and their communities.”

Wearing a mask really is not as life-altering and agonizing as certain individuals make it out to be.

I mean, think about it. You get to save peoples’ lives and hide that horrendous botched rhinoplasty in the process.

In all seriousness, the people of America should really step up and wear masks.

They could even get those cute, cheetah-print ones.

It does not take much for someone to be a good citizen and watch out for the lives of others.

It is just basic humanity, and clearly the argument of “to mask, or not to mask” is testing our ability to have humanity.

Now, I did not end up frolicking around the Barbados island with Del Monte man, but my mask did give me the superpower to flirtatiously glance his way.

And maybe, while my rom-com fiasco was taking place, I could have protected a large number of people around me from a dangerous virus.

After all of this, are you still sure that you don’t want to wear a mask?

Madison Anderson is a sophomore at Asbury University.

HOLLAND: Being ready to give an answer

Today, just as there was in the ancient world, there is a need for the people of God to assume... read more