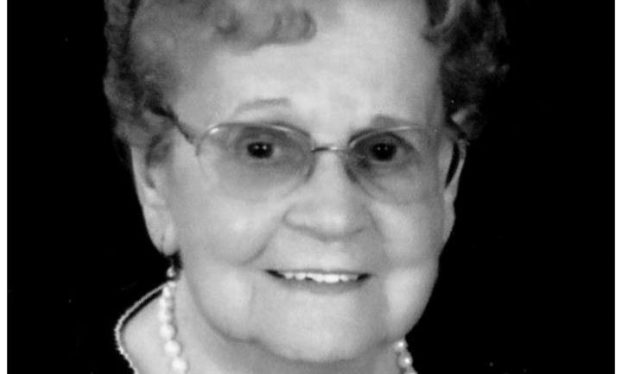 Mildred Graham Miller, 97, widow of Henry Ray Miller since 2008, joined him in eternal rest on Friday, Aug. 7, 2020. Mildred was born and grew up in a faming family in Garrard County. She moved to Jessamine County upon her marriage to Ray in 1942. That bond of love lasted for 66 years. Over the years, she became an active member of the community, being a member of Bethel Christian Church and the Jessamine County Beef Cattle Association. Over time she became interested in local government and community service, which led her to become deputy county court clerk with Vernon Burton, and she served in the Judge-Executive’s Office with Sherman Dean and Neal Cassity until her retirement. Not willing to retire completely, she served as secretary for the Bluegrass East Chapter of Kentucky Retirees. Mildred shared a great love for all her family and friends. She will be fondly remembered by her daughter Judy and son-in-law Charles Logan Miller, granddaughter Tracy Teater, husband Greg, great-grandchildren Logan, Ryan and Lainey Noles, as well as her special friends at Hartland, Jerry Graves, Edna, Millie and Jan. She was preceded in death by an infant son, Donald Ray Miller, and brothers Earnest, Earl, Clarence and Paul Graham. A remembrance service will be held at 11 a.m. on Thursday, Aug. 13, at Hager & Cundiff Funeral Home with the Rev. Bill Bales officiating, and Mildred will be laid to rest beside her husband in Bluegrass Memorial Gardens. Honoring her as pallbearers will be Rusty Bowles, Jerry Graves, Jeff Graham, Marvin Graham, Gerald McKenney and Ryan Noles. Honorary bearers will be James Rhorer, Greg McKenney, Jimmy Miller, Lee Miller, Larry Graham, Jacky Graham and Tommy Burton. The family greeted friends from 2 to 8 p.m. Wednesday, Aug. 12, at the funeral Home.

One of her greatest gifts and blessings was her sharp mind and vivid memory, which served her up until her passing. She was truly a unique and caring lady who will be be greatly missed. In lieu of flowers, the family asks that donations be made in honor of her special great grandson Logan to Epilepsy Foundation Kentuckiana, Cosair Charities Center, 1982 Eastern Pkwy., Louisville, KY 40217-1566. Hager & Cundiff values nothing more than the trust given to us by the Miller family to care for this lady who meant so much to so many.