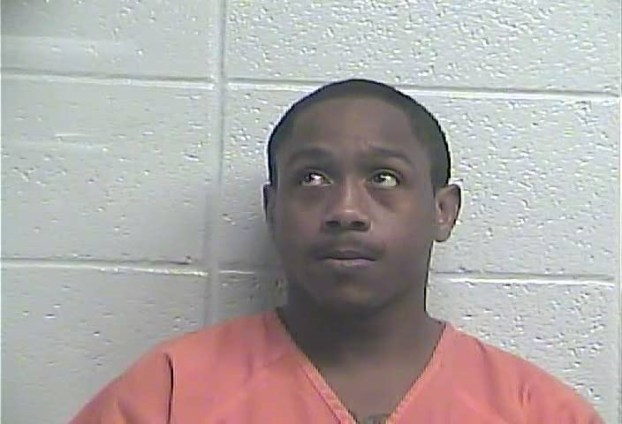 A Nicholasville man allegedly made a woman attempt to rob a bank for him after she ended their relationship.

According to Nicholasville Police, officers were called to Members Heritage Credit Union, 1039 N. Main St., at 3:50 p.m. June 23 after the victim was able to escape.

The woman told officers she and her son had been held against their will by 25-year-old Rashad Walk, .

She said they had been living with Walk, but they decided to break up. She said Walk became angry and refused to let them get of out the vehicle, to the point of driving recklessly to prevent her from jumping out.

The woman also said Walk threatened to kill her and her son several times.

Eventually, Walk told her to go to her bank and withdraw money for him. When bank employees would not let her enter with her son, Walk allegedly told her to get all the money she could and get back in the car.

Once she was outside, the woman took the car key and her son, and ran into the bank for safety.

Walk was lodged in the Jessamine County Detention Center.