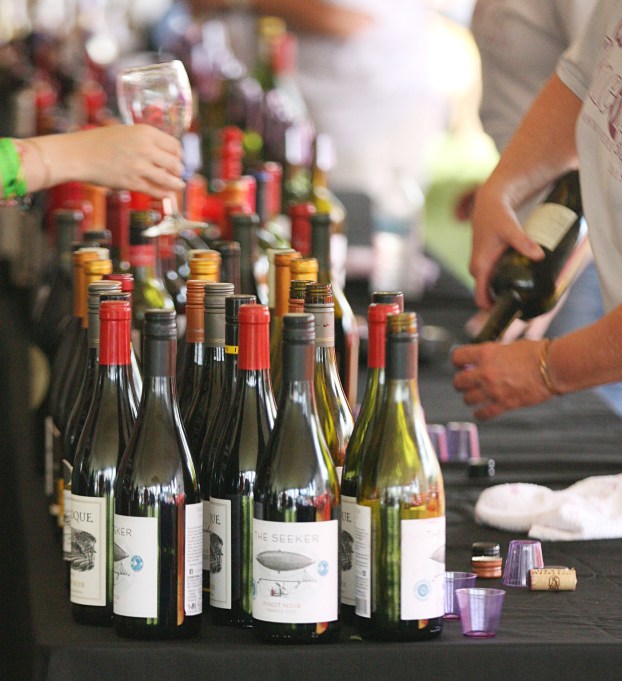 Wine & Vine canceled because of COVID-19

One of Jessamine County’s most popular festivals won’t be happening this year.

The Wine & Vine Festival has been canceled because of the coronavirus epidemic.

“With all the stipulations and guidelines, it was a little iffy that it would actually come to fruition,” Jessamine County Chamber of Commerce Executive Director Ronda May said.

Trying to keep a large crowd of people separated would have been difficult, and instead of getting a souvenir wine glass to use at each tasting, the guests would have had to use paper cups and throw them away after each taste.

“It just kind of takes away from the feel of the atmosphere,” May said when talking about what it’s like to have a social event with social distancing.

It’s the kind of festival where people lie on the grass and listen to music, enjoy wine and food, buy craft items and even watch fireworks.

“We don’t want it to be any less than it should be,” she said.

The festival, which is in mid-June, was supposed to have been June 20. Then it was moved to Aug. 29 in hopes that “normalcy would return.” But it didn’t. Finally, last week, the Chamber of Commerce Board and the festival committee agreed to cancel it altogether. The decision was unanimous.

The next festival is scheduled for June 19, 2021, in the new location where it was going to be this year, on Shun Pike.

Next year’s festival will also feature a farm-to-table dinner on June 18, 2021.

In what one longtime election official described as the lowest voter turnout for a primary election he had ever seen,... read more